Imagine Dragons and Bears, Oh My!

Fresh off the Appalachian Trail, our rugged hikers were hungry for a home cooked meal and a chance to gather around the fire and celebrate the Christmas season…err wait… it’s June, right? Welcome to Wamber's house… 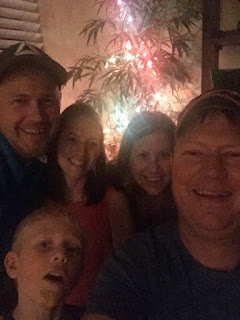 Originally from Buffalo, then Naples, and now just outside of Charlotte, Wes and Amber are well known for two things: good times and good food. Enter, both.

We were welcomed into their charming neighborhood by giggling children who were running around everywhere, unsupervised, while their parents either relaxed on their porches or inside of their adorable craftsman homes. Our kids were quick to join the party, leaving us to drink wine by the glow of Wamber’s festive palm tree… which is adorned with various strands of lights and a corresponding plug for each season. We tested out Halloween and Christmas and settled on a Dec 25th theme as we lit the fire and made ourselves at home. Spaghetti and meatballs were served. At some point our kids came back. With incredible foresight, Wes had purchased some light-up Lego-like contraptions that kept the boys busy and grinning with pride all evening. This allowed more time for wine. Very smart, Wes, very smart. 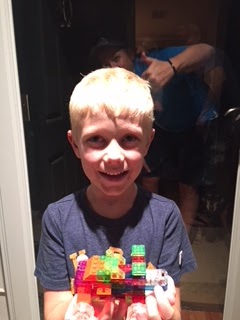 Charlotte fun behind us, we packed up and continued our Northern trek through Pennsylvania. 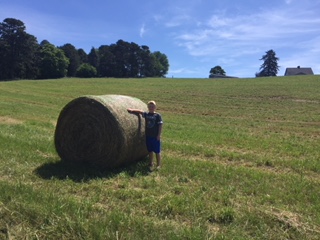 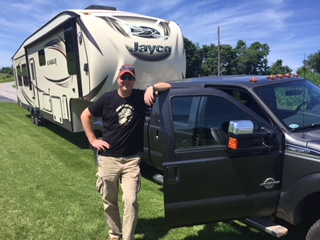 After many miles of driving, we pulled into Echo Valley Campground (just outside of Hershey) with nervous trepidation. Google and TripAdvisor reviews described a devil-woman of an owner with a sweet, innocent husband who was left to pick up the trail of spazzy destruction that his crazy wife left behind.  Mark was familiar with the man’s plight, so he volunteered to check in at the office. Not another campground available for miles during Father’s Day weekend, April kept the children completely silent as she held her breath and awaited the verdict.

Moments later, Mark rolled out of the office with “devil woman” and hopped in this miniature truck. 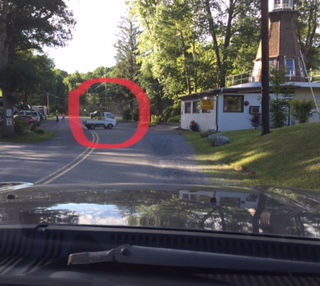 Where was she taking him? Would she murder him with her digitally-described rude stares and razor-sharp insults? At what point would April step in if the mini-truck went missing? April took the kids to the playground while she pondered Mark’s fate… 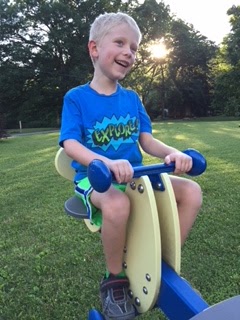 A few minutes later, Mark returned and declared his new best friend to be a delightful human being. He then gave a mini-lecture to the entire family about not believing everything you read on the internet and the importance of making your own decisions. Our previous fear now turned to guilt, Mark shook his head at us as though he never suspected for even a moment that she might stab him.

Morning arrived at our new best friend’s campground with the promise of a great day ahead. While lounging at her parent’s house back in March, April had discovered that Imagine Dragons would be playing in Hershey on June 16. Knowing that our boys are huge fans and that they’ve never been to a real “rock” concert before, we purchased the tickets on the sly and managed to keep it a secret until we pulled into the parking lot of the event.   Upon hearing that they were going to an Imagine Dragons concert, Andrew claimed to “almost pass out” and Max just started screaming “Where are they?”

Inside the stadium, we were pleased to find out we had 12th row seats and some very excited little boys on our hands. Starkey even sent some sweet custom earmolds for the occasion! 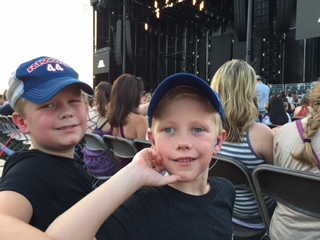 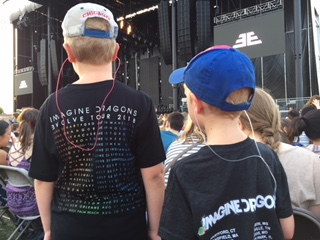 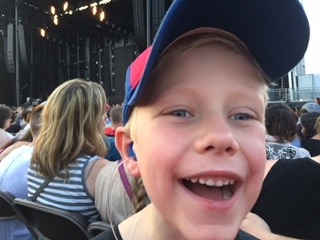 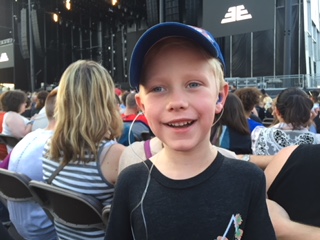 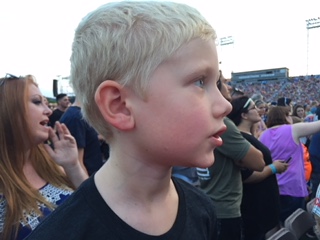 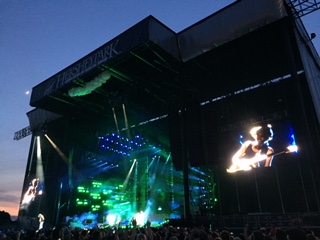 Morning following a late concert is never pretty, but we pulled ourselves together and wished Mark a Happy Father’s Day before kicking him out of bed and insisting he drive us around all day.  He obliged, less than trilled about the endless road construction in Pennsylvania, but willing to take one for the team in exchange for lunch at Wegman's and an overnight in Woodstock, New York.

Once in Woodstock, Mark was fiddling with a broken jack on the Jayco when he was was alerted to some “commotion” by the inhabitants of a neighboring RV. A bear, pegged at “3 years old” by our neighbor, had come to strut his stuff around camp, and had shown particular interest in our neighbor’s grill. 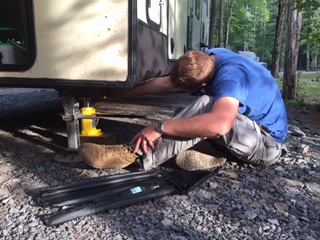 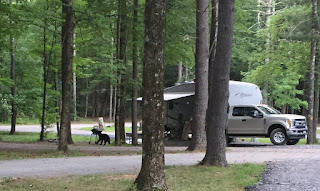 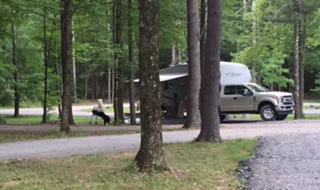 See above… Bear sniffing grill. See below… Bear is like “I want these turkey burgers” and flipped over said grill like a boss. Bear then scares himself with crash of grill and says “peace out.” 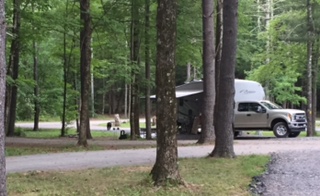 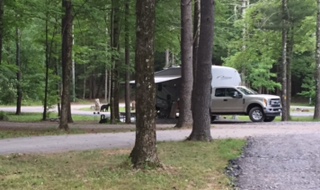 Eagle Scout Mark did step in to save the neighbor’s dinner as best he could by banging two boards together and shouting at the bear. These “tried and true” methods did not work… obviously… and Mark came inside the RV to make himself a whiskey and comment on the fact that the bear was not afraid of him at all. He made a note to buy a fresh can of bear spray.

Having had enough of Woodstock, we pointed our GPS toward one of our favorite states, Vermont! Here's to dreams of hiking and biking and Ben and Jerry's liking! Onward!