Somewhere along the border of Illinois and Kentucky you can find The Ear Man. 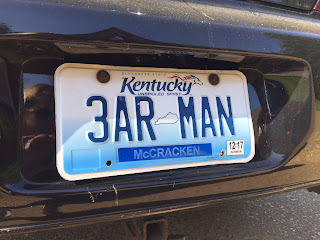 Often the hot topic of internet Audiology discussions and always way smarter about ears than we could ever dream to be, Caleb Rhodes quite literally grew up in the hearing aid industry. His family has owned Rhodes Centers for Better Hearing since 1953. That's 64 years, people. 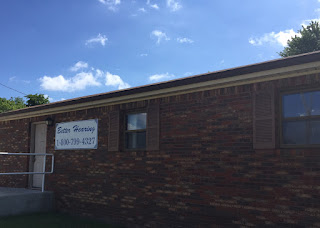 A lot of people will tell you a lot of things about how to achieve longevity in the hearing industry. None of them will tell you that it's possible in a town of 1000 people. But it is. 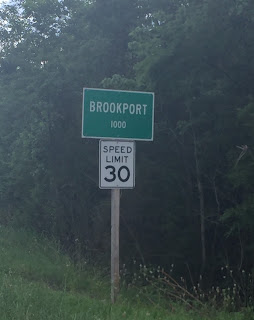 Brookport is so small that Rhodes Centers for Better Hearing is the first thing that comes up on the town's Facebook page when you Google "Things to do in Brookport," as you might if you were a Decibels 180 consultant wondering what sort of mischief one could get in to after a long day of business consulting. 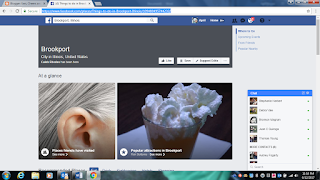 Other than hearing aids and a post office, there seems to be no mischief to be had in this town.

Rhodes Centers for Better Hearing may be in a small town, but they are mighty. They are killing it, to be exact.  How? Well, for starters, they have better headshots than anyone in the business. I mean, good golly, could these people be any better looking? 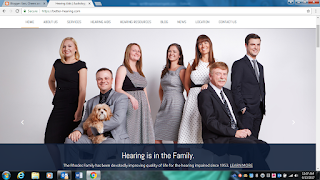 Oh, and they take really, really good care of their customers. Maybe that's the key to 64 years of success :)

They also take really good care of their consultants, with a trip to the best Thai restaurant ever for lunch, Thai D! How could you not love a place with this warning printed atop their menu? 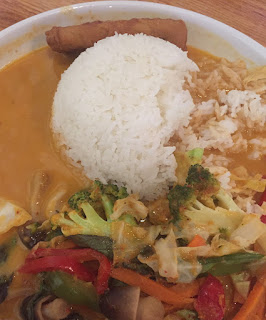 After lunch, we headed to Marion, Illinois. It seems that all Rhodes really do lead to Better Hearing! 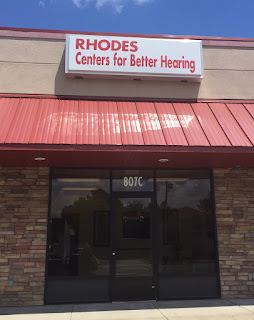 While the Brookport office is 30 years old, the Marion office is fairly new, and April spent most of her time here gushing over the adorableness of its decor.  She really had no advice or suggestions to make it any better than it already was... until she found this stash of fake plants. 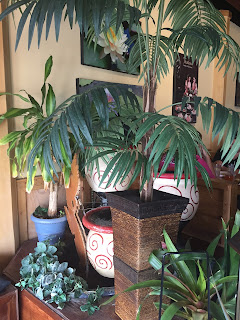 We joke. We joke. This was a picture from the Thai Restaurant :)

The picture below shows proof of Caleb's fake plants... not as plentiful, but he was still shamed for their presence :) 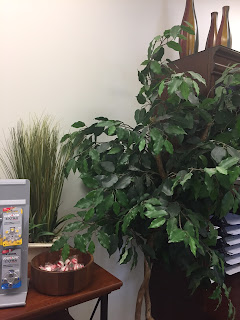 Normal consultants are probably like "nice plants, dude." But April is not normal. Still suffering from PTSD after removing dozens and dozens of gross, scary, dusty fake plants on a previous consulting trip, she has come to believe that fake plants and upscale hearing aid offices do not mix.

April's OCD would have preferred to see the fake tree go into the garbage right before her eyes, but Caleb promised her he'd take care of it on a later date.

We have eyes on the dumpster. Any day now. Any day.

After a long day of thinking and planning, April and Caleb met Mark and the boys at Patti's 1800's Settlement for dinner. 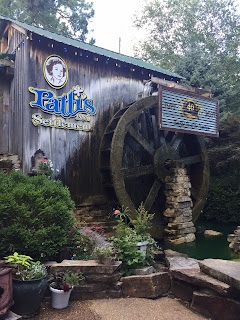 Being that April used to camp in this area of Kentucky as a child, Patti's is nostalgia overload for her, and something she was eager to share with Andrew and Max! Having tried unsuccessfully to show them the massive grounds a few years ago (we had tried to come here on one of our original RV road trips but arrived after dark, when the gardens were closed), we knew this was our chance to wow them!

Max spend most of the dinner trying desperately to take a nap. 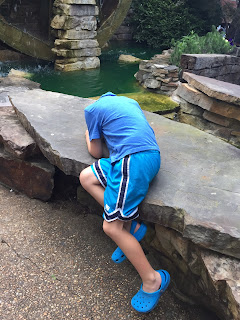 Andrew, however was thoroughly entertained. He loved the homemade bread, the old fashioned decor, and the fact that Caleb Rhodes can hold down a solid Legend of Zelda conversation. Kudos to you, Mr. Rhodes, our 8 year old was very impressed!

Tomorrow we head down the street for some RV repairs, and then hopefully on to Indiana. Until next time, Kentucky!