The land of peaches and pecans greeted us with beautiful weather and a campsite ready and waiting for us at the very verdant Fort Yargo State Park.

We got right to the business of Georgia-ing, with a visit to Mark's Aunt Shelia and Uncle Charlie. You may remember these fine folks from our blog last year, when, despite being almost twice our age, they handed us quite the shellacking in a game of pool volleyball. It was a defeat that haunted us all year.

Royans, whenever possible, endeavor to "learn from their mistakes" and we were not about to arrive in 2017 less than ready for competition.

So, in preparation, April encouraged her parents to sell their Naples condo and buy a house with a pool (all while making them believe the move was their idea). We then purchased them a volleyball net for said pool, and a selection of beach balls. We weren't sure if they wanted a volleyball net or even liked the game, but that was of no mind to us. We were on a mission.

Training... or "backyard family fun"... began in early Spring. Toes were scraped, pedicures were ruined and muscles were pulled as Mark and April, judging her parents to be about the same age and size as Shelia and Charlie, dedicated weekend after weekend to desperately trying to keep up with their elders.

Thursday, June 1st arrived. We ate a light breakfast. We hydrated. We stretched. We were ready.

With Mark's cousin Amanda as our referee, the games began with a friendly photo and best wishes all around. 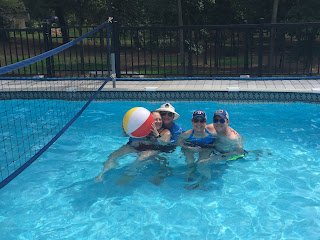 It was a tough battle. There was wind (and by that we mean that a ceiling fan on the deck may have contributed to us missing out on a few points). The pool was "slipprierer" (Mark's word) than what we had trained on back in Naples. The sun was in our eyes. Trash talk began and shade was thrown. 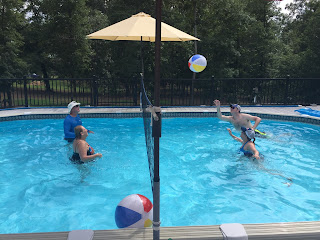 We weren't phased. Our training kicked in. As though this were the Olympics and Bela Karolyi himself was screaming at us for a perfect 10 on the Vault...  we rose to the occasion. Like Mary Lou Retton and Kerri Strug before us.... We beat the pants off of them.

Weeeeeeee are the champions, my friends...

Andrew celebrated our win by asking if the kids could finally get in the pool now that the parents were done being crazy. 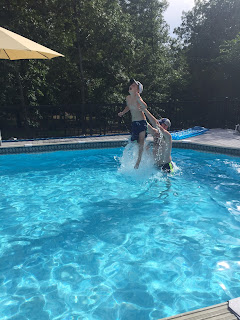 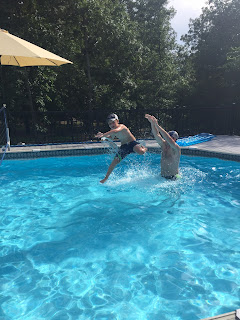 We strutted victoriously around their home.  Andrew took to photographing their dog, Maggie, and Max tore into some watermelon. 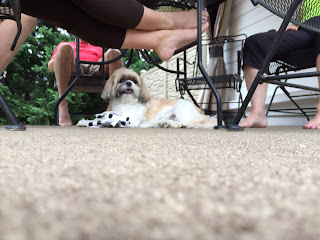 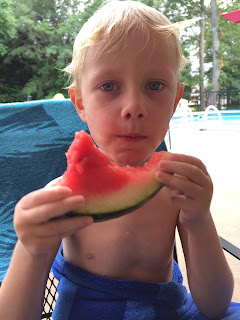 Steamed from their loss, a game of Mexican Train was suggested. We were all "we couldn't" and they were all "you must." So, we played. And we beat them again. 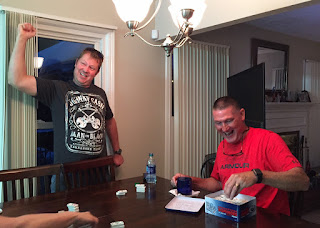 They kicked us out after that... talking about a rematch all the way out to the truck.  We'll be back, Rhodes family! We'll be back!

Fresh from our victory but downright exhausted from trying to keep up with the Rhodes clan, we awoke around 10am and pointed our truck toward Buford, Georgia to spend our Friday with April's Aunt Kay De and Uncle Darrel.

On the way, we noted that our kids were starting to look at little shaggy, and could really benefit from a solid hair cut.  Luckily, Aunt Kay De knew just the place, and we found ourselves at the 100 year old Camp Mayfield Barber Shop in Winder, Georgia. 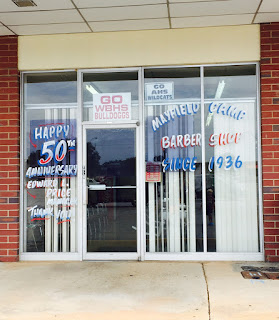 See that 50th Anniversary decor on the front window? Make no mistake, that's just to celebrate the 50th Workiversary of one of the dudes that works here.. the place itself was started by his father and his partner's grandfather. 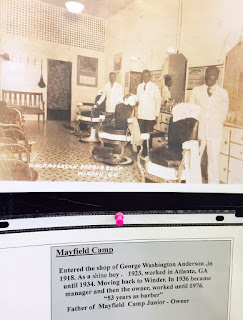 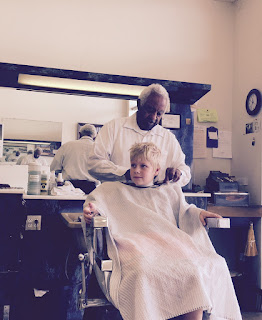 Max was not so sure about all the buzzing and cutting... but he toughed it out. 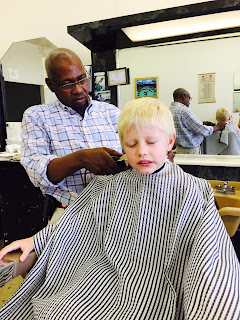 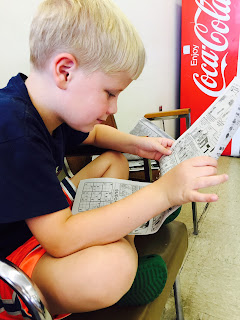 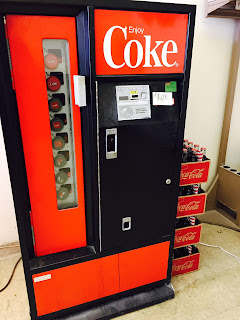 Hairs freshly cut, we continued our trek to Buford. 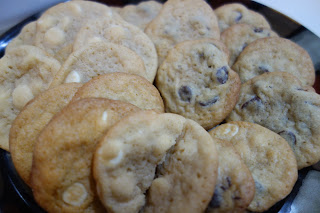 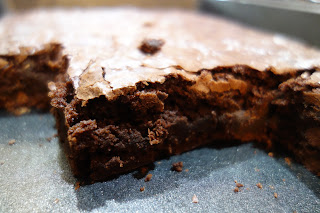 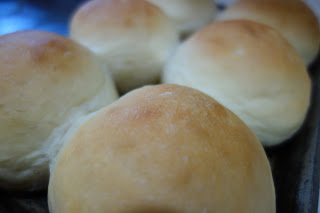 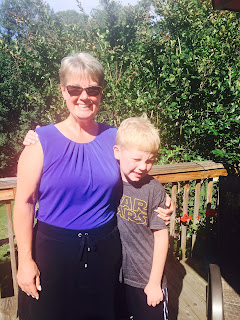 We had to be rolled out of there.  But not before she packed us breads and baked goods to go.  We'll be sad to say goodbye to Georgia tomorrow, but we leave with so much more than we arrived... a volleyball victory and a pantry full of baked goods! On to Tennessee and Alabama!
By The Royan Family at June 02, 2017