Midway up the coast of Maine is a trifecta of cute little towns knows as Rockland, Rockport and Camden. Even after 3 days and countless adventures - we are clueless as to where one town starts and the other ends.

Our first stop was the Owls Head Transporatiom Museum. A nifty little collection of all things transportation, we enjoyed this early RV: fancy-pants Gypsy traveling wagon complete with a queen bed and a wood burning stove. There aren't many of these around anymore - something about being  made of wood slathered in highly flammable paint and full of things that make fire. The RVIA (Recreational Vehicle Industry Association) frowns on that type of thing, apparently. Mark thought back to when he picked up our own Fifth Wheel and was told by the guy during orientation, "See that there, the fire extinguisher by the door? That's your souvenir. If the place catches on fire, grab that on the way out the door so that you have something to remember the rig by."

Any who, this gypsy bus was "like new" and "barely used" so it survived. 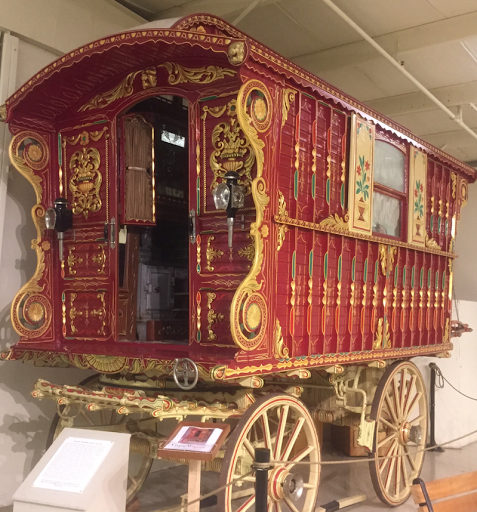 Next up was the Project Puffin Visitors Center in Rockland. The center has neither any projects, nor puffins. It does have a large screen that plays video loop of a few puffins on a remote island somewhere. 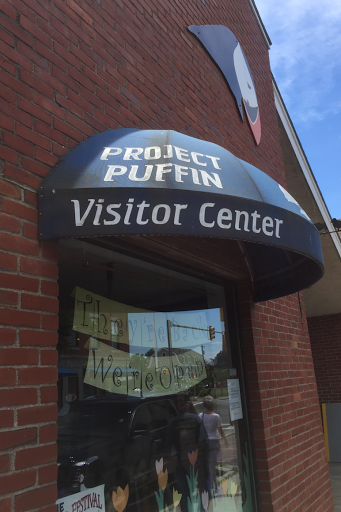 Puffins are cute and so were these boxer shorts - so we hooked Mark up with these cool threads and went on our merry way. 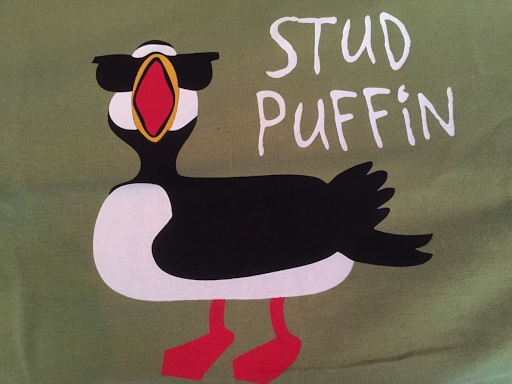 One thing that did come from the Puffin Visitor center, was this poem authored by Andrew. He was inspired, and we can't blame him. Puffins are pretty great. 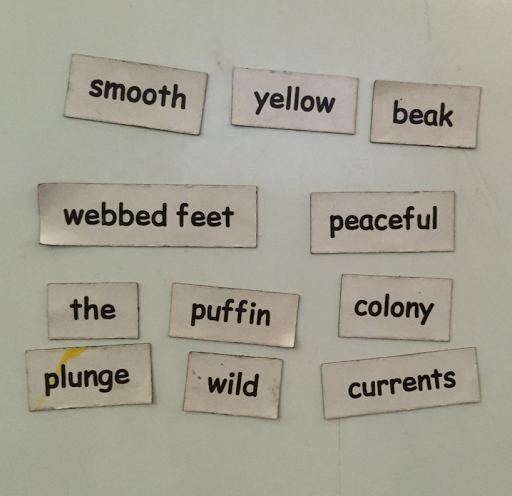 We headed over to the Rockport marina for a little seaside hiking, and then drove to the top of Mount Battie in Camden for some amazing views of our recently completed hike.

We're going to go ahead and boil it down for you about lighthouses. Very pretty to look at from the outside. Some are tall, some are short and squat. Great to hike around and observe from the outside. Here is the big secret: they are all houses that provide light. The End. Don't waste money on the museum inside the lighthouse. Especially, don't waste money on a lighthouse museum that does not have a lighthouse connected to it. We watched grass grow at our campsite that was more intriguing. Light plus House = Lighthouse. If you want to know more about their "fresnel lenses", give Wikipedia a shot. You're welcome, we just saved you $60 and a lifetime of regret.

Now, here is a cute picture of the kids sitting on a giant buoy. Also known as a "Lighthouse on Water". 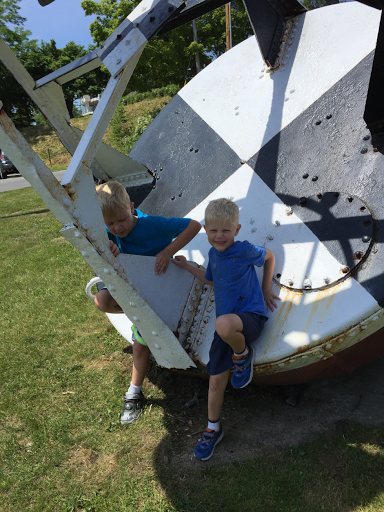 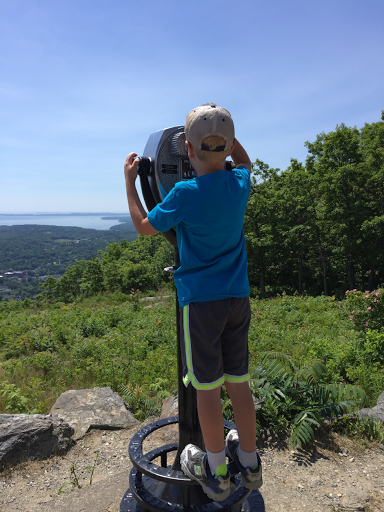 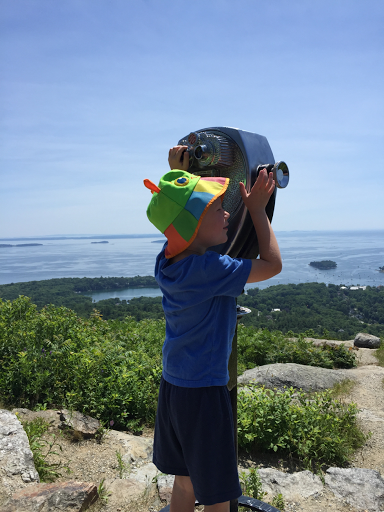 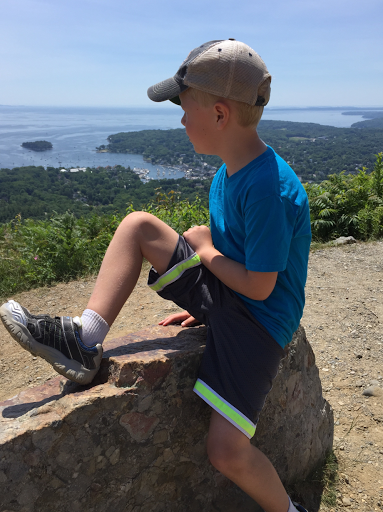 The best restaurant in town is Claws, a roadside lobster shack with a "Two for $20" lobster deal that makes the locals and tourists alike line up for lobster crackin' fun!

Only eat at places where you don't really have a server if you want to have an amazing dining experience. Roadside spots like "Claws" have been great stops for us. Its not that there is anything wrong with the service, but for some reason the food is just amazing every single time we stop at one of these joints. Mark got all analytical and launched into a soliloquy about "Focus" and "Priorities". April asked a stranger if it was time for Happy Hour yet. 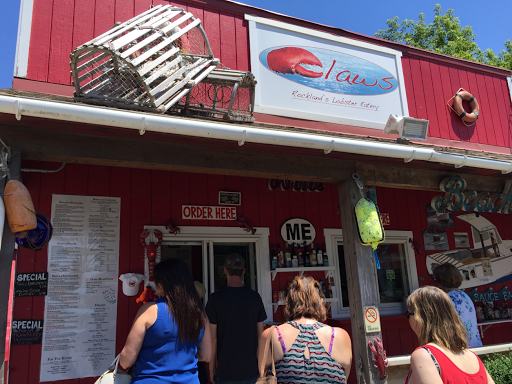 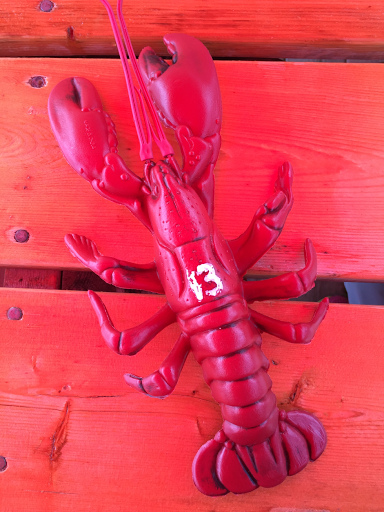 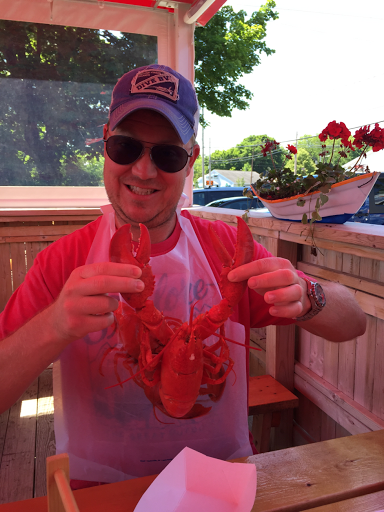 Our last and best stop was the Rockland Harbor Breakwater Light, a historic lighthouse at the end of a one mile man made breakwater constructed entirely of granite. That's a lot of 1800's era harvested granite (>730,000 tons). It took 18 years to construct. Price tag - $750k, apparently granite wasn't nearly as popular for counter tops back then. Totally cool and well worth the walk. Fear not - there is no museum at the end. 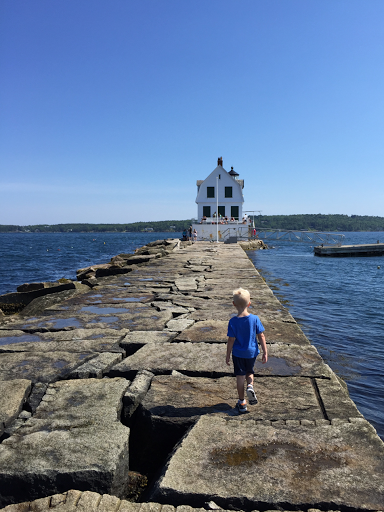 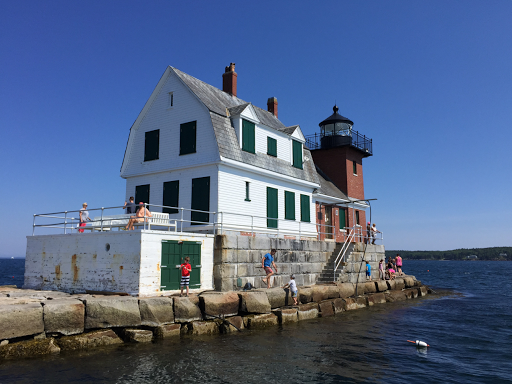 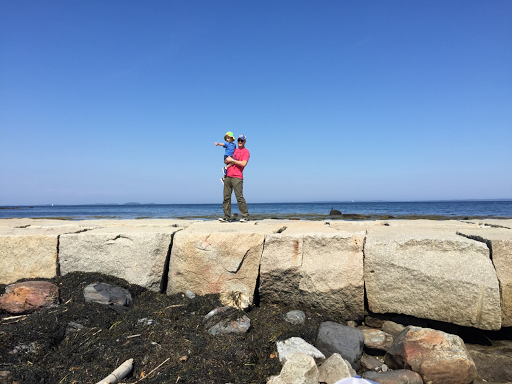 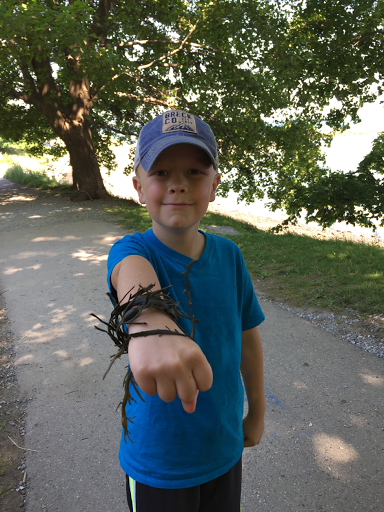 Back at the camper - we settled in with no cell service and limited power to wait out a few days of rain and fog.

Mark and the boys set off into the wilderness to make discoveries, and it didn't take long. They came upon a babbling brook and Andrew stopped in his tracks and exclaimed, "Well, it looks like my afternoon just got ALL BOOKED UP!" Into the creek he would plunge for hours of rock exploration and water bug inspection. Max was pretty excited too. 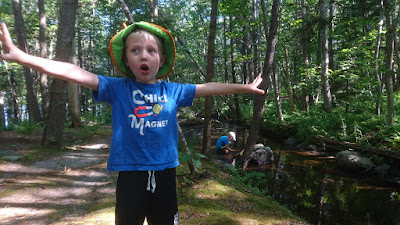 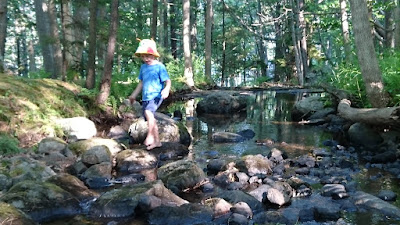 After finishing up with his wilderness exploration Andrew buckled down and got some work done on his very own travel blog... 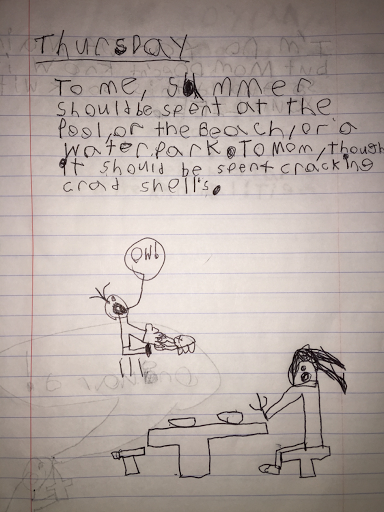 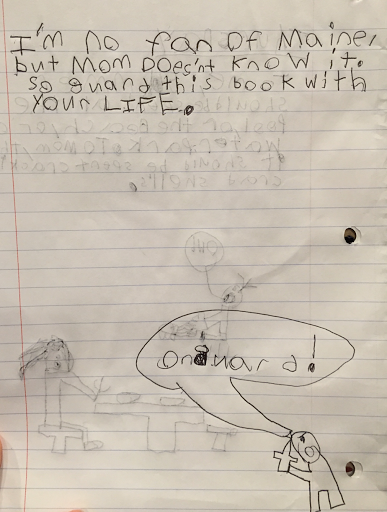