We finally made it after an exciting and eventful trip up the East Coast.

We had no sooner parked our camper than the boys hopped out to enjoy the 78 degree weather and the soft grass. It was no sooner that the boys had touched the turf that Mark started insisting on regular tick checks because this is "Lyme Disease: Ground Zero". 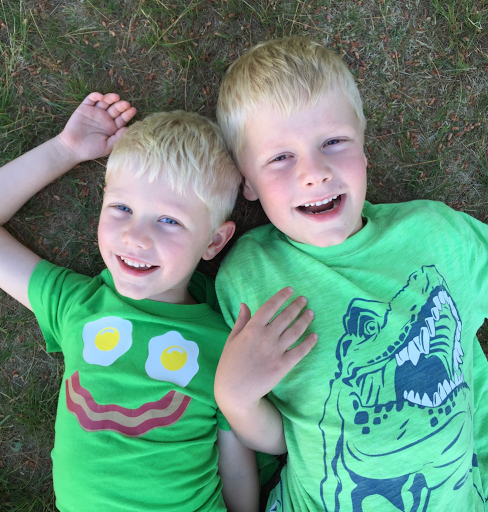 Our first morning in Maine we embarked on a Maine Foodie Tour (there will be two more of these in other towns). The crack of dawn 10:30am meeting time required an alarm clock..... We will have to cope.

We started the tour with a stop that was hosted by quite possibly the friendliest family business in the history of the land: The Clam Shack. Peeps like Barbara Bush have their bday parties catered by this crew - so you know they must be doing something right!

Mom and Dad run The Sugar Shack down the street, while their 3 daughters hold down their empire at The Clam Shack. Here, they serve their lobster rolls with mayo AND butter "because you're on vacation" or just mayo OR butter if you're a local....because you don't want to become a fatty. 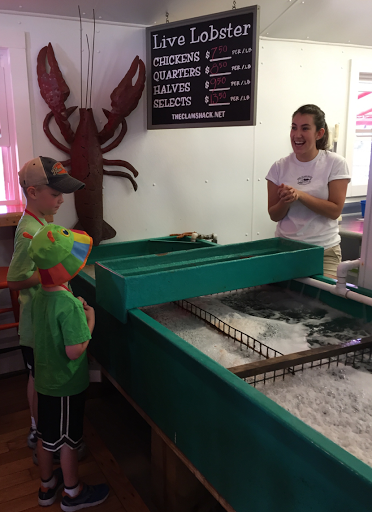 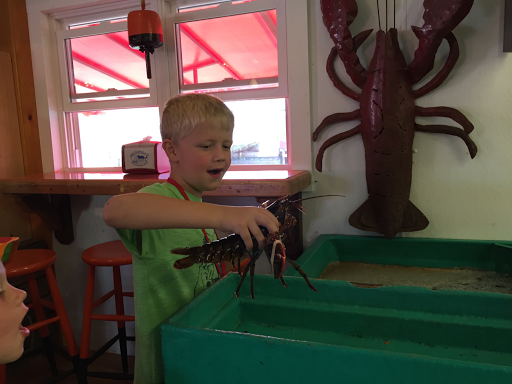 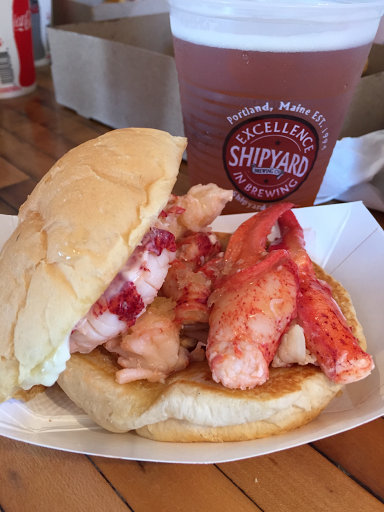 Across the street, our second stop on the tour was home to the best clam chowder ever... Alisson's Restaurant. Yes, they did name it in the spirit of Arlo Guthrie's never ending song. April asked Mark what this reference was about...she had never heard the song "Alice's Restaurant." Too bad for her, because you can get anything you want at.... 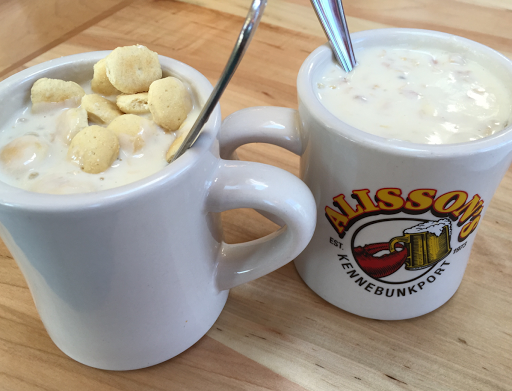 Andrew was not so into the clam chowder but Max dove right in and said "I love it. I love this soup." He then ate the whole bowl. And ate it for lunch again the next day as well. 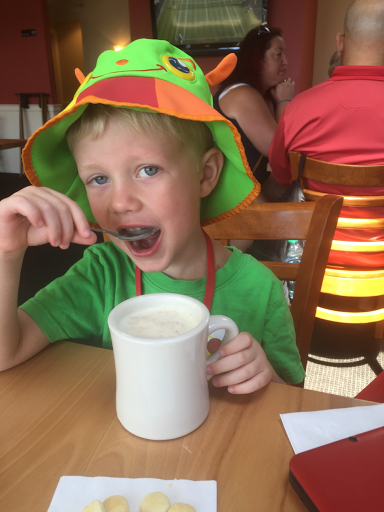 Next door was the  world famous Rococo.... Which is like gelato but with a much higher milk fat content level. Like 20% milk fat. It's an "occasional indulgence," they say. And that's why we ate it every day we were in town! 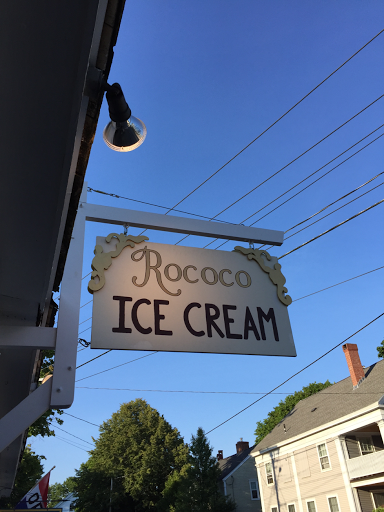 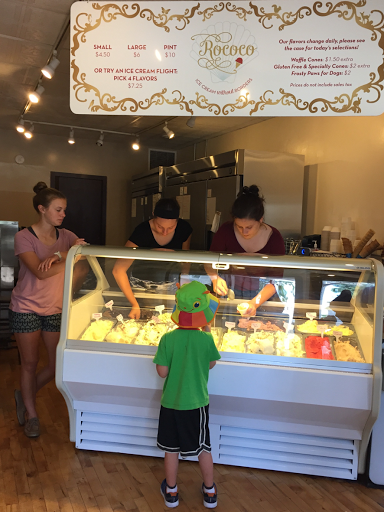 Goat Cheese Blackberry Chambord or Passion Fruit? Who can decide? 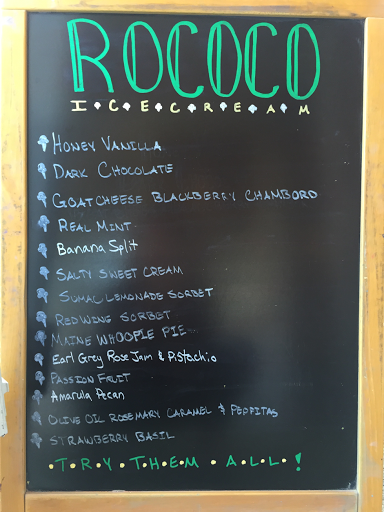 The next day we needed some rugged activity to burn off all those calories, so we boarded the Rugosa Lobster Tours boat for more lobster fun! 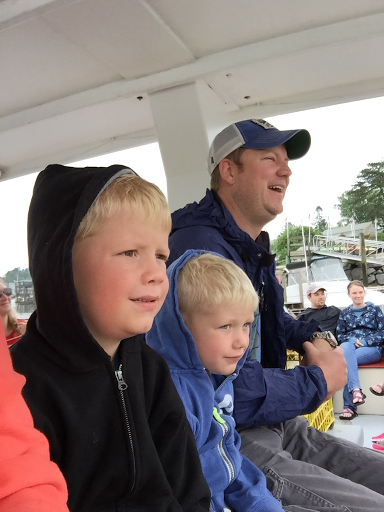 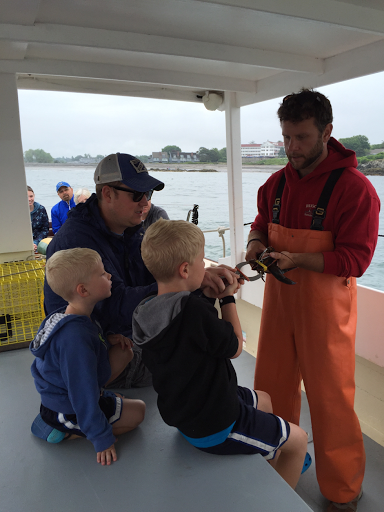 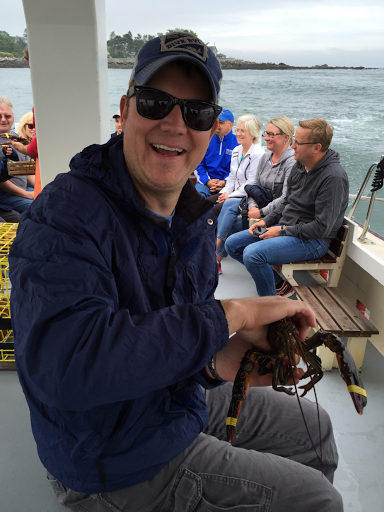 As soon as we got off the boat, we stumble upon a free crab catching lesson, hosted by one of the local hotels out on the dock. We jumped right in and totally slayed them, catching 36 crabs in 15 minutes! Because that is how it's done Down East by a bunch of boys from Down South. 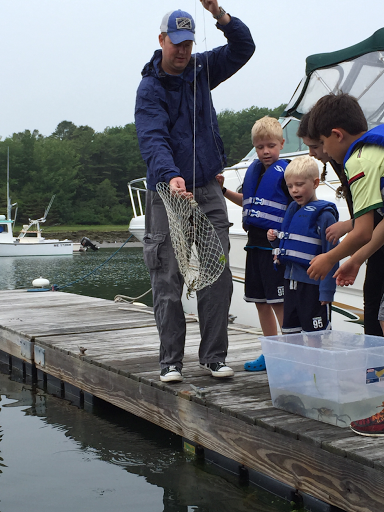 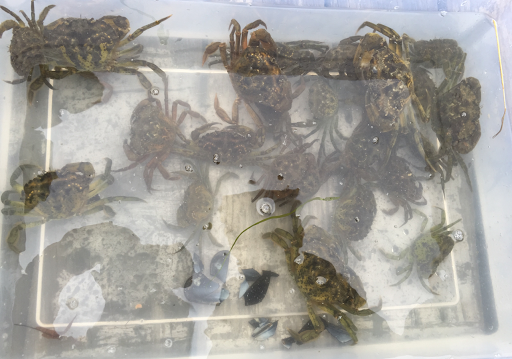 After a quick nap, we headed over to the beach. It was raining and the water was cold. Familiar with the bathtub-like water of the Gulf of Mexico, Andrew was completely perplexed by the frigid near-arctic temperature of the Atlantic this far North. He tried all sorts of things to "warm up the ocean" - sun dances, prayers, and even covering his feet in sand as a wet suit. 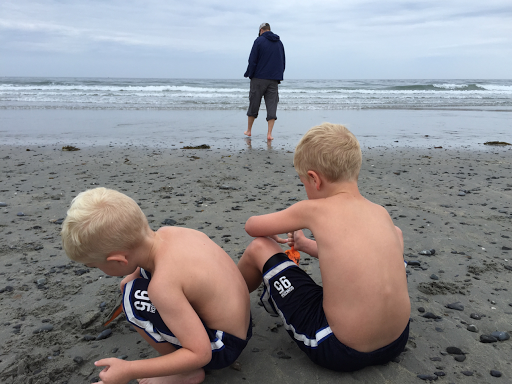 He was thrilled when the sun came out :) 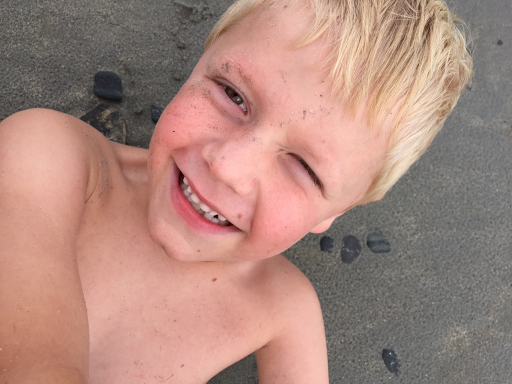 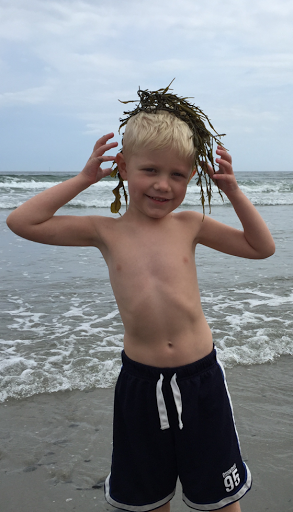 The next day, we cruised down the street from our campground to the Seashore Trolley Museum. Here, a bunch of really patient volunteers work endlessly to fix up and keep up old Maine trolley cars. They even worked for two years to lay two miles of railroad track in the middle of nowhere to have a means of taking their visitors on a real deal trolley ride. Amazing passion to preserve a piece of the past! Of course, we had to wait 2 hours for the trolley ride to start because of a lightning storm. Apparently, trolleys don't react well to sudden bolts of lightning. 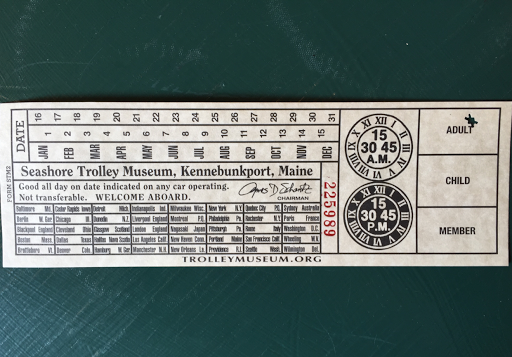 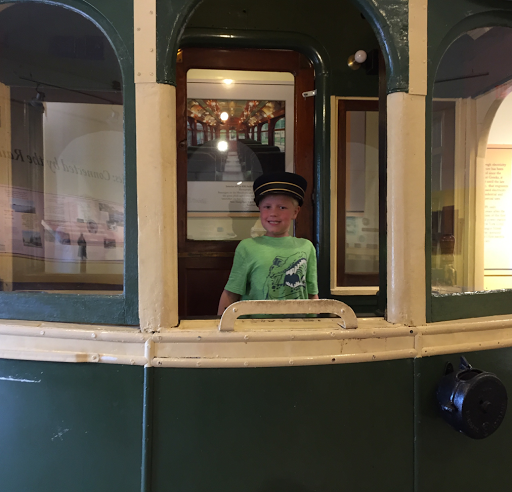 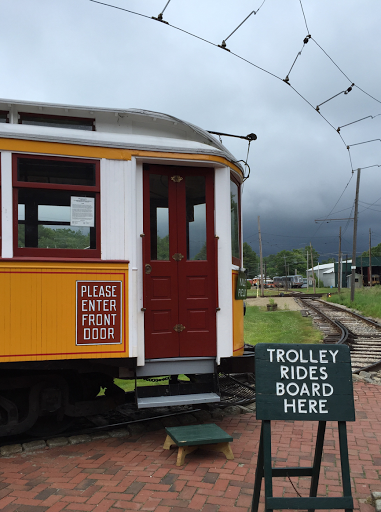 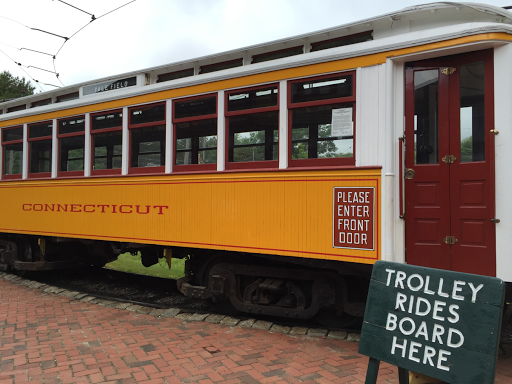 A good example of what happens during educational trips that involve neither war nor weapons. Andrew gets bored .... 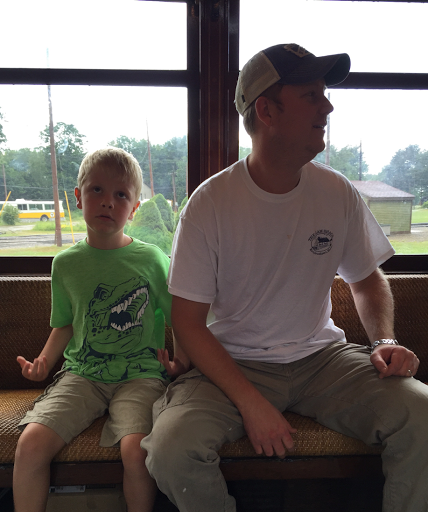 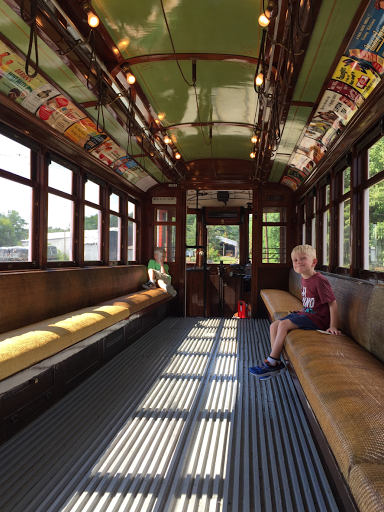 Thanks Kennebunkport! You were lobster-iffic! We're off to Portland, Maine
By The Royan Family at July 02, 2016