Not Too Shabby, Bobby

Accepting that we must head South and go back to work at some point, we took a cruise through Vermont and ended up randomly stopping in Manchester for the weekend.

Hot as a sack of beach balls, April immediately got on the phone with her mother and lamented over the heat. No sooner had the whiny words left her mouth when the breakers popped and the entire campground lost power. It's amazing how quickly a family from Florida can forget what 97 degrees and soul-crushing humidity feels like. Inner rage at the lack of air conditioning gave way to apathy and general grumpiness.

As night fell, we broke out the lanterns and played board games by the light. There was a faint hint of what might have been a breeze from time to time. Looks like we're boondocking, folks.

In the morning, we got out of out of the hot and sticky camper and over to Hildene, the summer home of President Lincoln's son, Robert Todd Lincoln. Robert advised many presidents and served as the 35th Secretary of War. Then he made a bunch of of dinero running the Pullman railroad car company. Robert then found himself rich enough to land a sweet little summer estate in the mountains. Not too shabby, Bobby. Not too shabby at all. 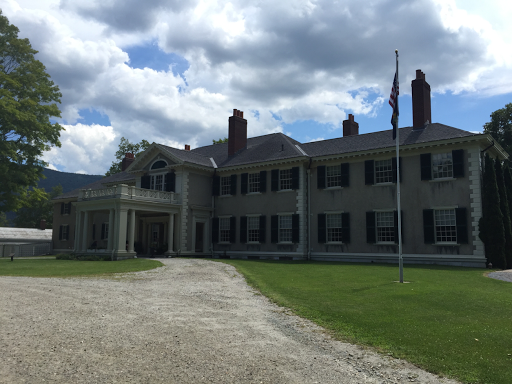 As the tour guide announced that this was Lincoln's summer home, Andrew stopped the presentation and exclaimed "THIS is his vacation home? My vacation  home is a TRAILER!"

Everyone laughed. Andrew put on his Abe Lincoln hat and strolled victoriously in to the mansion. Feels good to have a laugh under your belt, doesn't it, son? 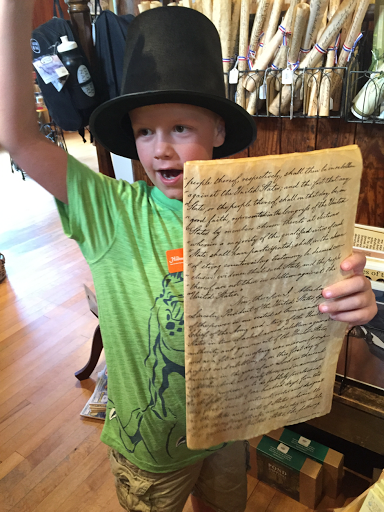 Here at Hildene Farm, they raise goats. The friendliest and cutest goats you ever have seen. These goats are so great that Mark, having forgotten that he too was doubled up with a Lincoln hat, engaged in a 30 minute goat convo with the family that tends to the farm. At the very end, April reminded him that he was wearing the extra hat. Then she laughed and laughed as Mark realized THAT was the reason that people weren't taking his questions seriously. 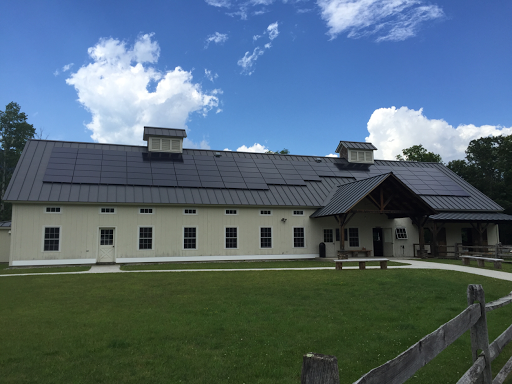 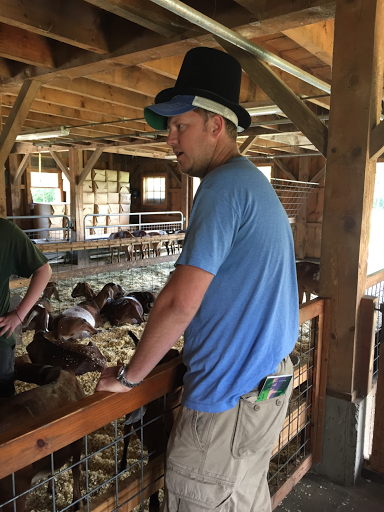 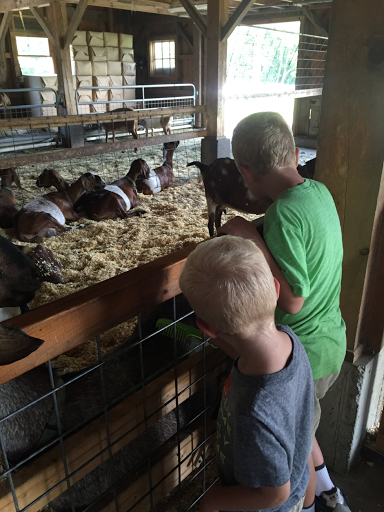 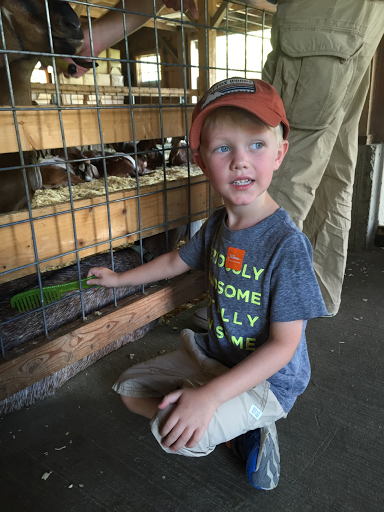 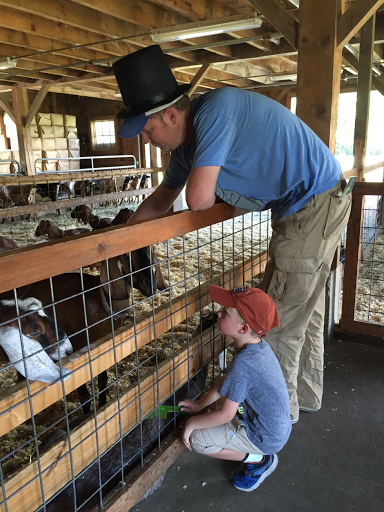 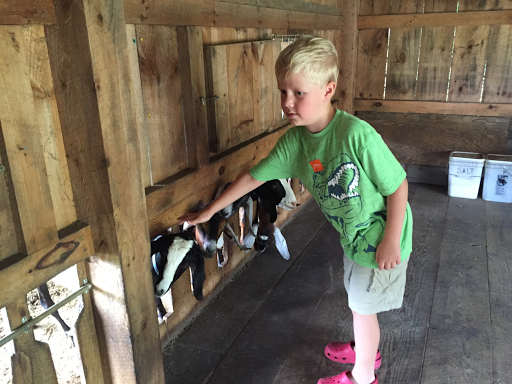 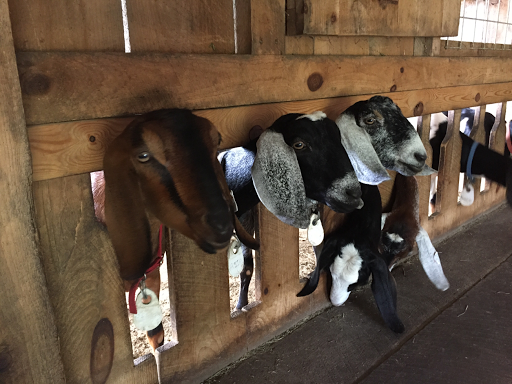 One of the restored executive Pullman cars is also on display. It's very fancy, very schmancy, and has a large chalkboard at the entrance for visitors to sign in. The chalkboard is full of Feel The Bern supporters making their claims that these fancy Pullman cars are just another example of corporate greed. 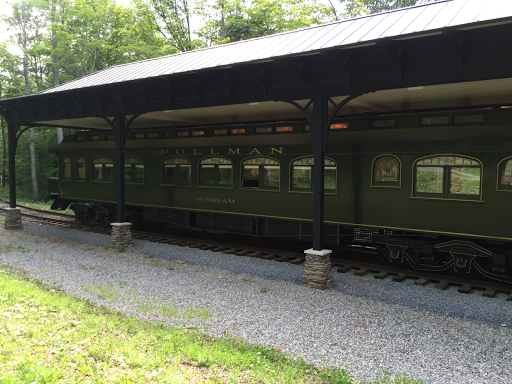 We aren't at all offended by success, so we waltzed right in and enjoyed the stories of this amazing car and its history. 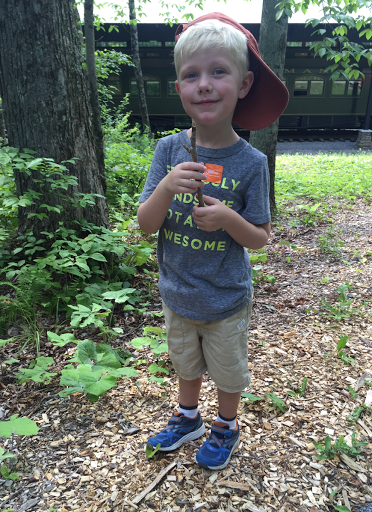 Max even busted out a Blue Steel face. He's never seen Zoolander but he feels it. 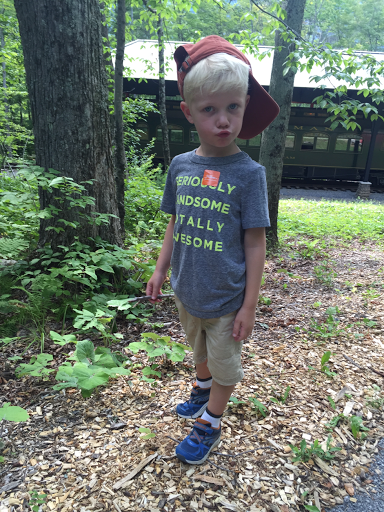 Back at the campground, the boys were thrilled to find us packed in like sardines as families continued to pour in to campsites for the weekend.  Without power,  all of the families emerged from their fancy rigs and flat screen televisions and actually spent some time outdoors. Neighbors talked. Children played. Bonfires roared.  Max learned how to ride a scooter, and Andrew convinced a gaggle of children to play Andrew Ball. It was hot and sticky, but a lot of fun - and Max left the place announcing that he was going to marry Lila from the campsite next door.

The power came back on at 9pm, just in time for us all to cuddle in Andrew's top bunk and watch fireworks from the town carnival over the treetops from his tiny window.

Bring on the air conditioning and Pennsylvania.