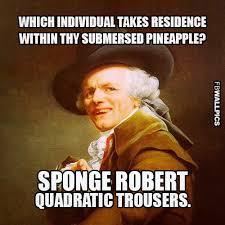 Far be it from us to assume that everyone knows who lives in a pineapple under the sea... but what we DO know is that a trip to Colonial Williamsburg is awesome and will make you want to talk all sorts of fancy and old-fashioned nonsense.

As rain blanketed much of Virginia, we pulled our massive vehicle on to the teeny tiny streets of Williamsburg, and got right to the business of seeing cool old stuff.

Day 1 was spent dodging rain and jumping puddles. April wandered the cobblestone streets in architectural heaven and Mark furthered his paralyzing fear gift shops and the nonsensical trinkets that they sell to smitten tourists.

Mark does not enjoy a souvenir. Let's get that out there right now.  That's good money that could be better spent on stocks, bonds, or zombie prepping gear.

Out of the gift shops and on to lunch, we found the very French and very amazing Blue Talon Bistro. Champagne. Crepes. Yes, please! 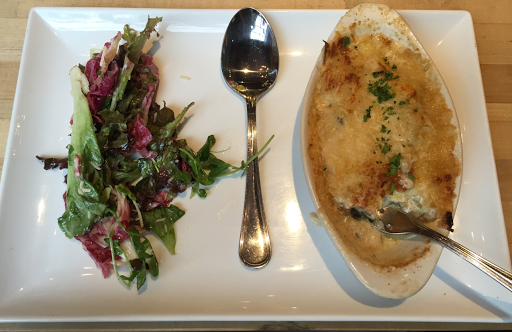 A little bubbly made the whole place seem even better, and we loved listening to the Williamsburg employees try desperately to get in a little work gossip while still staying in their required character. 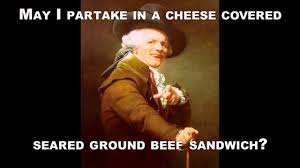 Along with assuming a historical identity and wearing uncomfortable wool clothing, these fine folks are doing serious manual labor (making bricks, hauling water, splitting wood) all while dealing with a constant stream of annoying tourists and their questions.

This poor schmuck that pulled Oxen duty was not a fan of the muddy day. He had to walk his Oxen to market come rain or shine in order to get to the goods delivered and avoid the gallows. Colonial summer bummer! Day 2 brought sunshine, amazing weather, and a plethora of things to see around this adorable slice of American history. 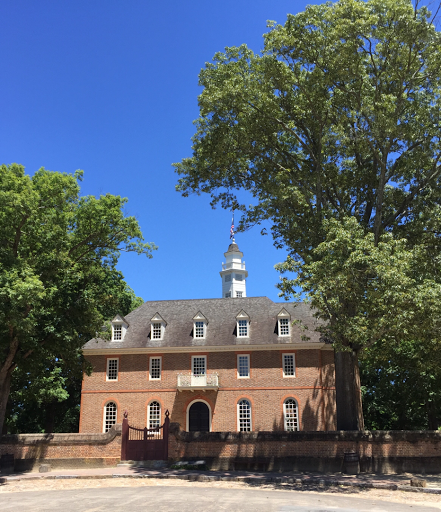 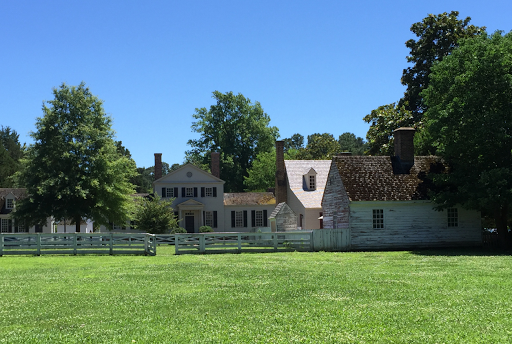 First stop... The Brickyard! Andrew, a boy who loves playing in the mud for any reason, found it especially amazing that people used to get paid to stomp clay all day.  His mother told him not to sit down in the clay. He immediately sat down and rolled around in the clay.  He was sorry, not sorry. 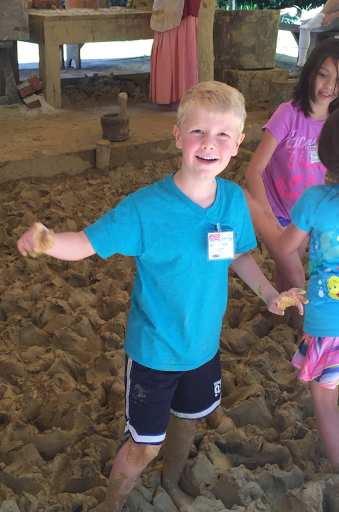 The clay did not wash off easily. Mark felt that a hose and some water pressure would not have been too much to ask - as we all know that less than a mile away is 2016.

We took our muddy munchkins to jail... because we didn't want them anymore once they were dirty. 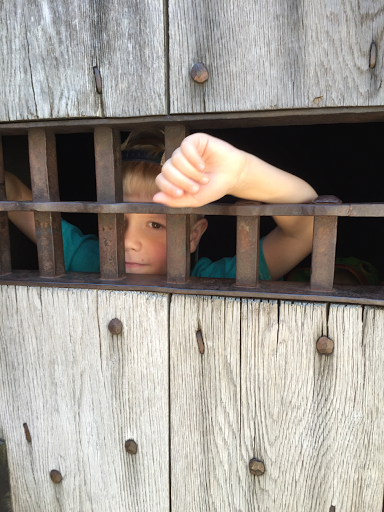 At the jail, we found ourselves in the very same prison cell that held Blackbeard's pirate friends while they awaited hanging. Blackbeard wasn't hanged, he was already dead from the battle that took his crew. His pirate friends, however, had to be put on display in the Williamsburg town square for their pre-hanging dose of ridicule... because there was no internet back then and you simply had to taunt people in person.

Next up, the barrel and bucket making station, where Andrew enjoyed putting buckets on his head as they got smaller and smaller.  During this process, Mark's concerns about how he was going to dislodge a well-made, authentic wooden bucket from his son's noggin' grew larger and larger. 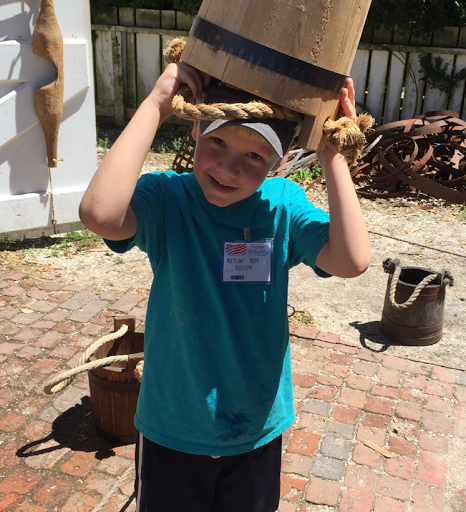 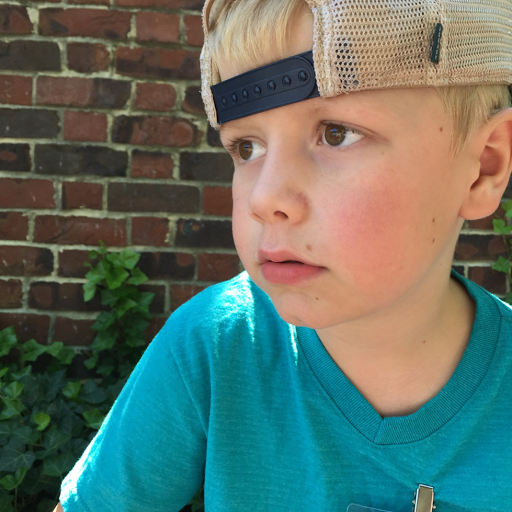 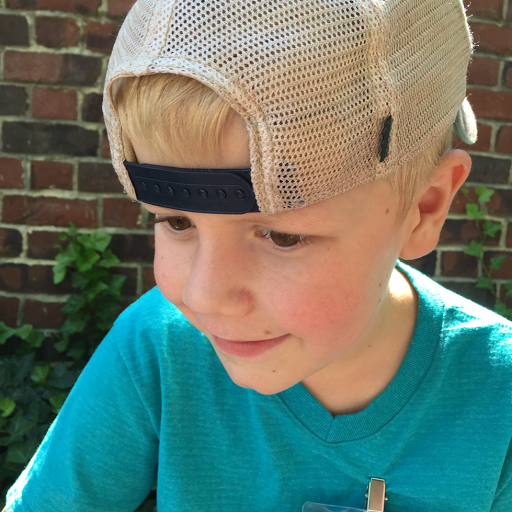 Finally, some 18th Century lunch at King Arms Tavern. Don't even bother asking for a straw, the server will fetch you a bit of actual straw. There are a few things that translate well into Colonial speak - Peanut soup and pot pies. We suggest eating both of those because they are delicious.  We don't suggest letting your kids drink from the huge and fragile glassware.  Kids spilling stuff is timeless... as Max demonstrated when he lost control of his goblet and dumped an entire glass of lemonade on some fancy old carpeting.

Soggy, straw-less, but well fed - we decided to bust out of the Colonial Era and head back to the land of plastic cups with lids.

Back at the campsite, the boys wasted no time putting the pioneering skills they had learned to work as they constructed a fort in the forest behind our campsite. 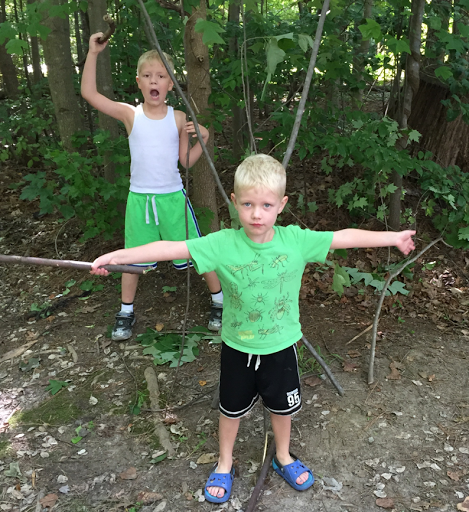 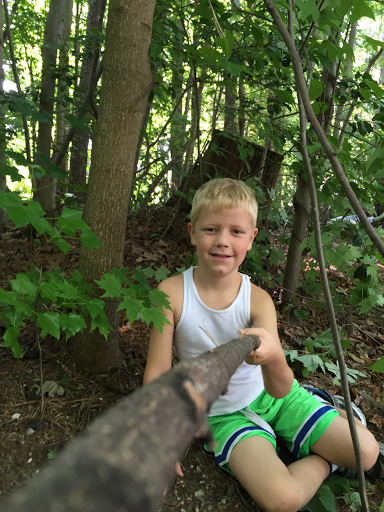 Tomorrow, on to Washington DC!