On The Road Again

We're back on the road - we have gone through 2 campers since our last post. The ole Class A is long gone after it's propensity for breaking down pretty much all the time... and catching on fire.  We've moved on to towing things that we can drag behind a truck. We started with a reasonable trailer and a F150. That wasn't terrifying enough for Mark to white-knuckle down the Interstate, so now we're sporting a 5th wheel and a F350.

To say its a "lot of rig" is an understatement. So big. Very Heavy. Mark talks about how it could "crush him at any moment if he makes the wrong move". We're insane... I know..... Cray.

Anywho, a fresh Royan Vehicle in tow, we pointed our truck Northeast from our sleepy little burg of Naples and headed toward Kennedy Space Center. Because it's awesome and who doesn't love space ships?

Mark attempted to issue a voice command to the truck's navigation computer and it responded with: "Zoning Out. Goodbye."

Max wasn't phased. He informed us all that he needed to be left alone because he was "working on his thesis." Way to go, 4 year old who can't yet read or write. Set your standards high, kid. 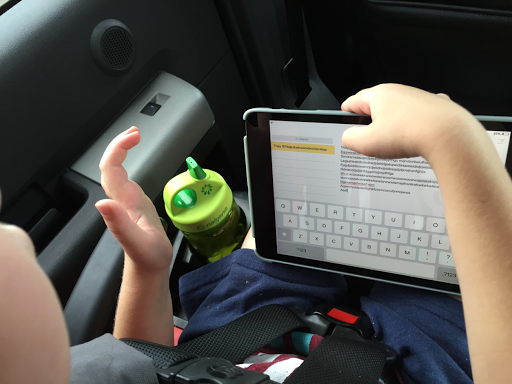 Hours later, we arrived at Manatee Hammock  RV Park and made camp for the night. Max made a pile of sticks and leaves as a squirrel trap. We did not trap any squirrels. There was a dachshund that showed slight interest. 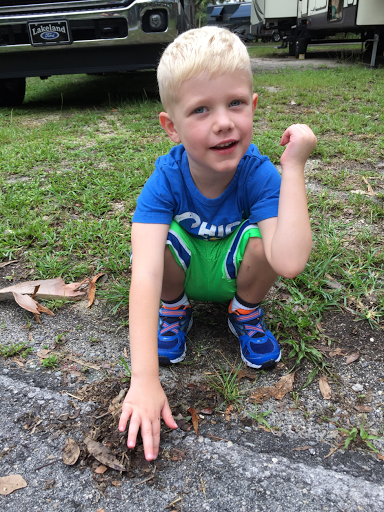 Friday morning, we headed to Kennedy Space Center. It was out of this world 😜 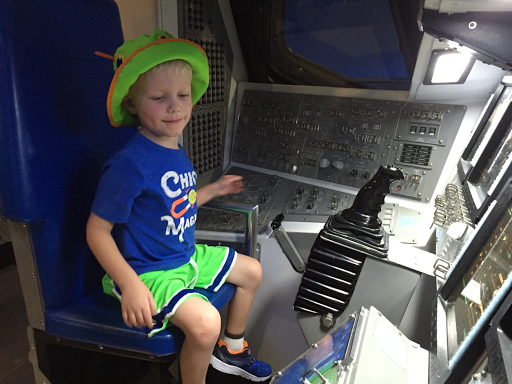 Andrew is particularly patriotic, which makes Mark especially proud. He salutes every time he sees an American flag. Good boy! 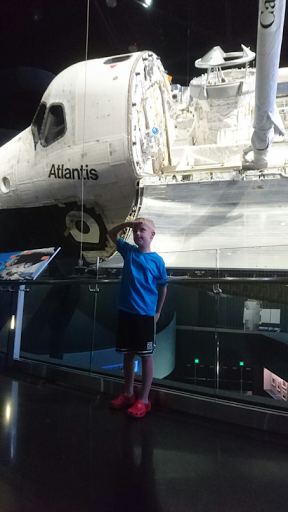 Max still enjoys the occasional ride on Dad's shoulders, though it is getting a bit harder for Mark to keep up when Max asks him to "run at full speed like a race horse". 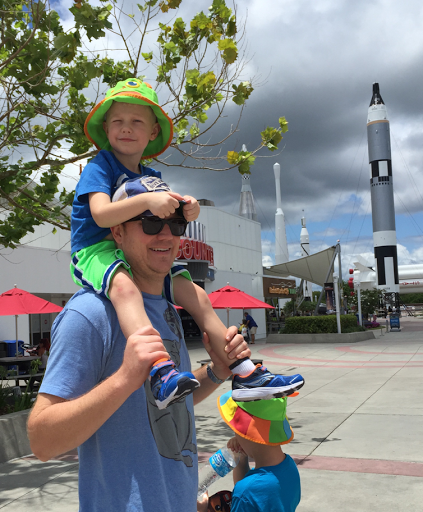 After exploring Mars, we headed to Darien, Georgia to camp at Inland Harbor, eat at the amazing Skippers Fish Camp, and feed an alligator our leftover fries (Shhhhh is that legal in GA?... We didn't really do that.... No, we did.... Everybody else was doing it!).

We called around to every park we could find - all full. With one option left, Mark called and asked as nicely as he could. The lady responded with "Well you must of hugged a kitten this morning, because I've got one spot left!"

Eager to see what Charleston has in store for us, meow!
By The Royan Family at June 11, 2016