Welcome to Virginia! Home of old stuff, peanut soup, and a slew of volunteers who will tell you this: The Pilgrims ain't got nothing on Virginia. Pilgrims are so 1620.

Our little history buff, Andrew, led the charge to our first stop, Jamestown.

First up, a photo by the Florida flag, a little piece of home! 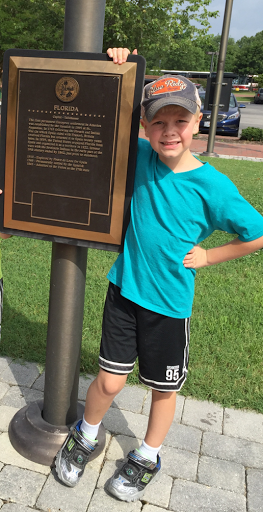 Back to the business of historic tourism...The visitors' area has two parts: the actual historic site with the archaeological ruins of Jamestown and a recreated settlement, complete with actors and props.

First up, at the theme park version of the Jamestown Settlement, the boys jumped right in to daily life in the 1600s.

Andrew was mid-flirt with this basket weaver when a giant hornet flew up her buckskin dress and she freaked out ... 2016 style. Andrew was not having any of it and insisted that she get back in to character by offering  "I really don't think Indians are all that afraid of bugs" and "You would think Indians would have used some sort of insect repellent." She did her best and argued that Indians used "bear fat" as insect repellent and that she was unable to slay a bear this morning. Andrew suggested that she should make more of an effort. 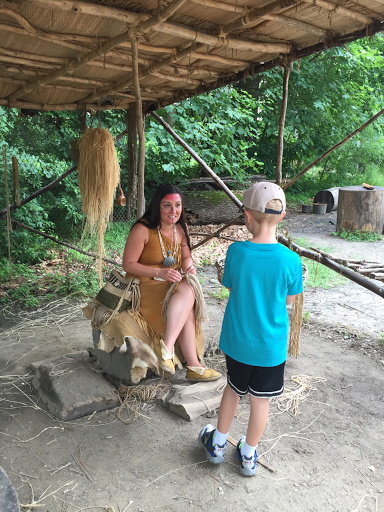 Our little sailor Andrew loves life aboard a ship. He furiously pumped the bilges, steered the tillers, and ordered people to run things up the yard arm. A little foreshadowing from Mark - when we run this RV thing dry, we may move on to sailing adventures....don't tell April, she is still coming to grips with "camping". 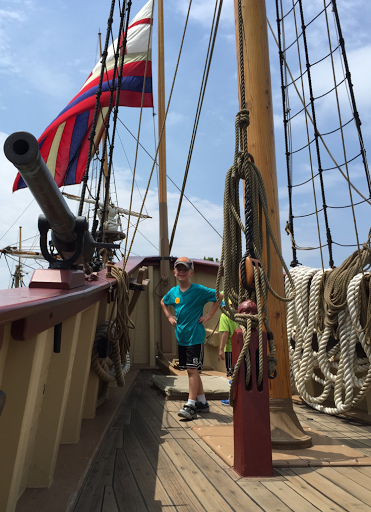 Next, over to the historic site and ruins. 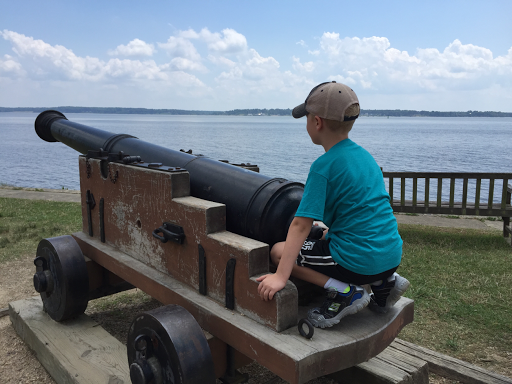 While history was coming alive for Andrew, Max was decidedly over it.... 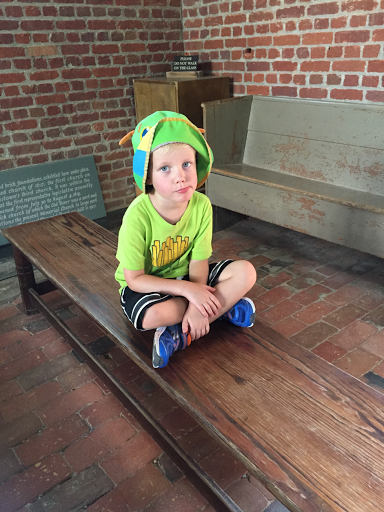 But we all agreed that this tree had a great face going. 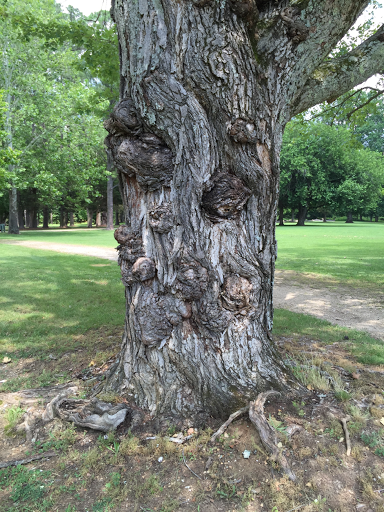 We rounded out the night with a 9pm ghost tour of Williamsburg led by a lady so intense that she may have been an actual ghost. She scowled at other tour groups, banned us from walking on the sidewalk, insisted that we stand in a straight line, and frequently barked like a dog. At the end of the tour she was sure to shamelessly plug the fact that she wrote a book about how to start your own ghost tour.... It's FLYING off the shelves, apparently. Haha... Ghost pun. 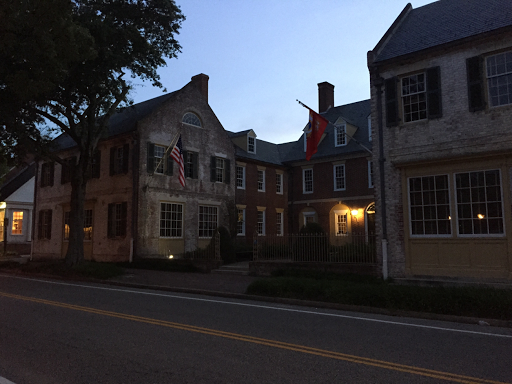 The tour ended around 10:30 and we loaded our sleepy boys in the truck and headed for home.

Near the William and Mary campus,  a car full of college girls flashed their lights and waved out the window at Mark. He beamed with pride and uttered something to the effect of, "Oh yeah, I still got it!"  As they came closer, the driver's eager and friendly face turned to disappointment as she said "Oh, we thought you were a tow truck."

A piece of Mark's soul died.

As April laughed hysterically, Mark's middle age status firmly sunk in. Clearly, these ladies were asking for a very different kind of jump. At 35, he was fully relieved and content to be a simple family man and came to the rescue of the damsels by informing them that, although his enormous truck did not belong to the City of Williamsburg, he was still a card carrying member of the man club. Which meant, of course, he was prepared with a set of jumper cables. He had to take a child's car seat out to get to them, which made April laugh even harder. Max thought it was fun too: he got to hold the jumper cables while Dad put his car seat back in. 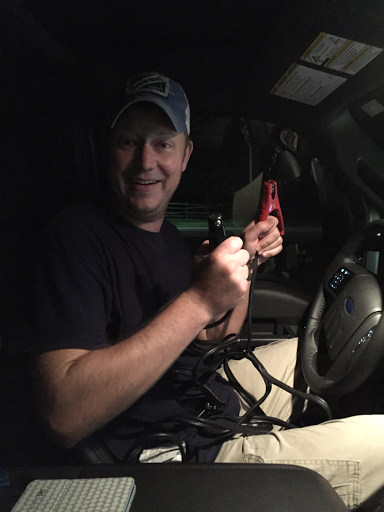 Ghost tour over and college ladies saved from a dead battery, we headed back to the camper to ride out a Virginia thunderstorm.
By The Royan Family at June 18, 2016