Charleston In A Day

Not so long ago, one of our favorite people, Dr. Sarah Thomas, wrote up a little "to do" list for our upcoming visit to Charleston.
It was mostly centered around food, but also included fun activities! We took the challenge, and the result was Charleston In A Day!
First up: Breakfast at Hominy Grill. Grits were involved. As was pork belly. Mark tried to lick his plate. 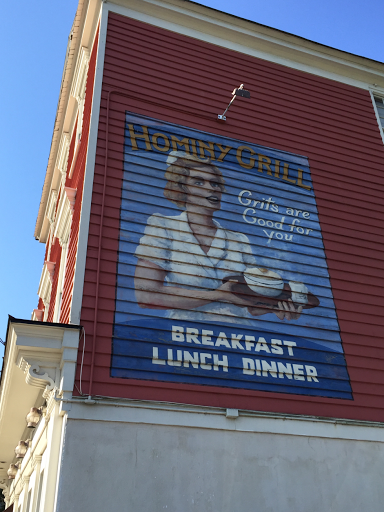 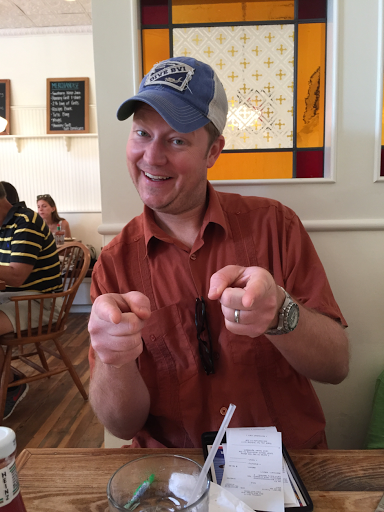 From there, we headed to the waterfront for the Children's Treasure Hunt Tour. For $15, this "pirate" will get your kids to run the perimeter of the park and find clues and, eventually, treasure. Your kids may beg for water... There won't be any... But the blame for that rests solely on the lazy parents who didn't pack any drinks for the 98 degree day. The "pirate" will tell A LOT of stories about cross-dressing pirates. There is not any booze. It's not for everyone, but the end result is a couple of exhausted and confused kids. 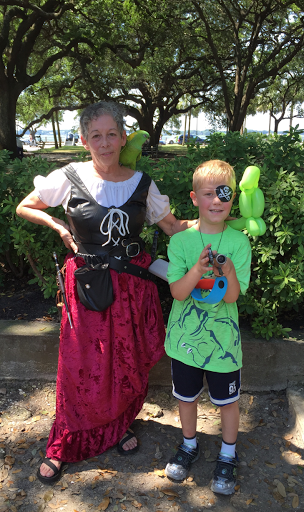 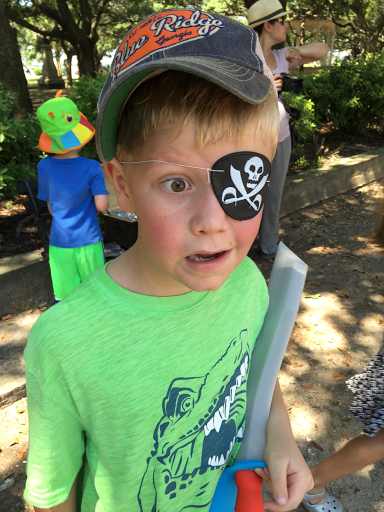 After that, we got some much needed water and plopped down in the shade of a Charleston Carriage Tour. Ohhhhhhhh pretty houses. 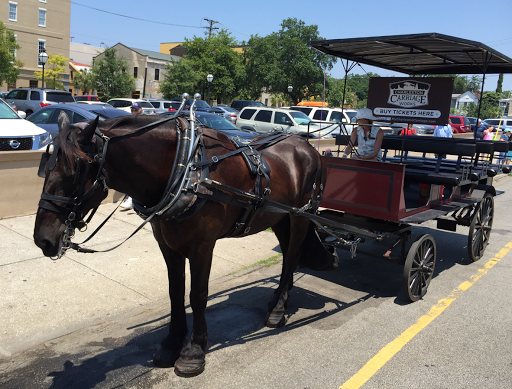 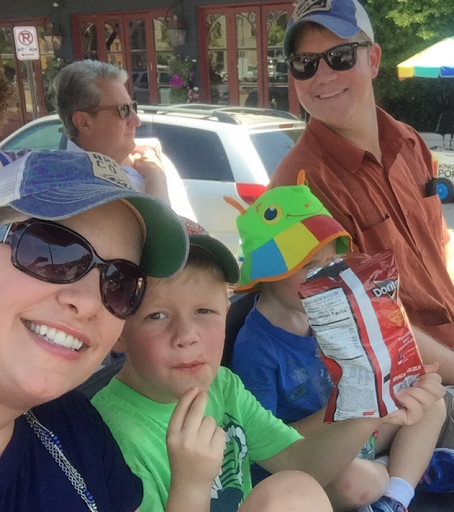 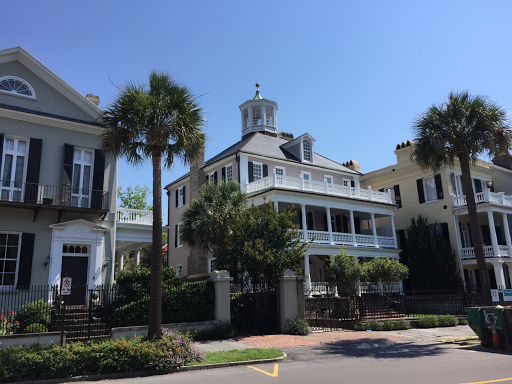 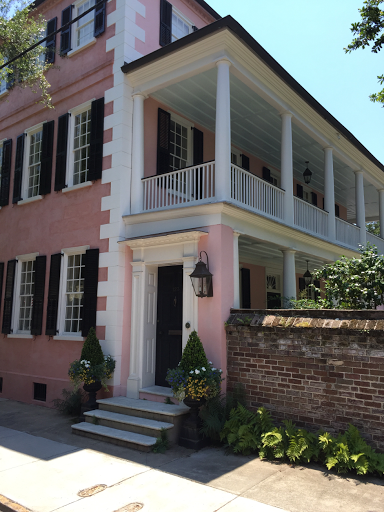 Then it was time for lunch. We were under A LOT of pressure to try everything Sarah recommended, so we we went straight to Lowcountry Bistro for Chicken and Waffles. 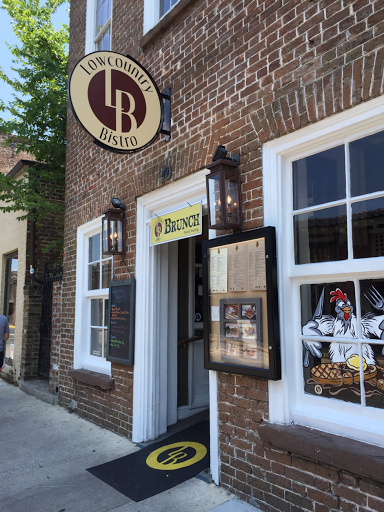 Next, it was back to the camper for some air conditioning and a much needed shower.  Much of this 2 hour break with also consumed with prepping our children for the fancy restaurant we were headed to for dinner: Halls Chophouse.
"If you don't behave, the one armed man will eat you while you're sleeping."
We joke....
Anywho - back to the food. No Charleston culinary tour would be complete without a trip to the famed Halls Chophouse. 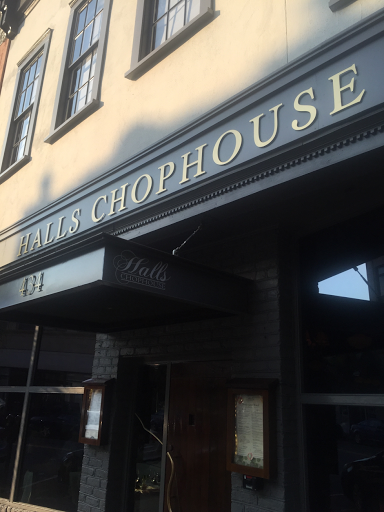 Upon arrival, we spent 5 minutes reviewing all the things that the kids were NOT allowed to touch and kindly asking the waiter to remove some of the 16 wine glasses on the table (I mean.... OF COURSE leave our 8 wine glasses but please take the breakables away from the kids).
The owner came over to greet us - although I was sure it was to kick us out - but instead he made a very nice deal out of "Sir Andrew and Sir Max" joining Halls this evening. Delightful.
Shirley Temples we delivered and the boys got to drawing while we got to a lonely Cabernet.
When the bread arrived, Andrew proudly displayed his picture he'd been working on 😁 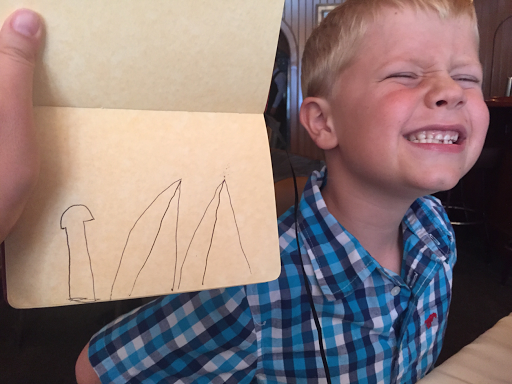 It's a lighthouse and two sailboats 😁
The phallic photo prompted this father son chat... 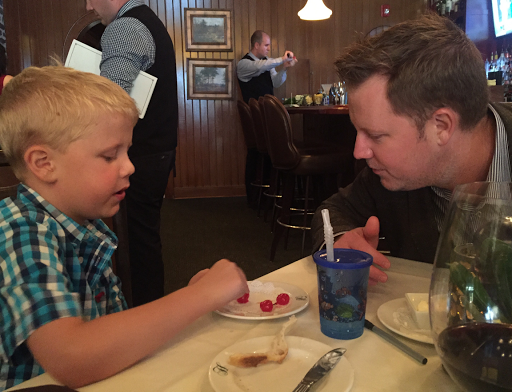 He also made this - which made for better conversation... 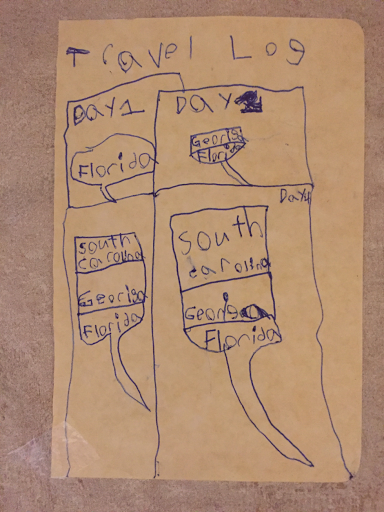 All in all, it was a fantastic and filling day.
Also, we're not eating again for a month... Or are we? We picked up some BBQ for the road. On to the next adventure! 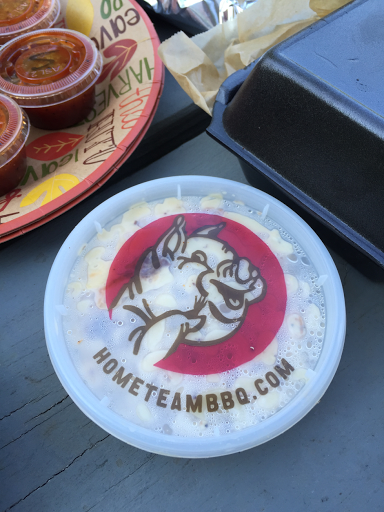