Our Embassy Suites stay extended, we made plans to head up to the mountains for a teeny tiny adventure after a giant breakfast at the fabulous Breakfast on the Edge. This place left us talking about they yummy truffle asparagus eggs, chorizo benedict, and mascarpone stuffed french toast. 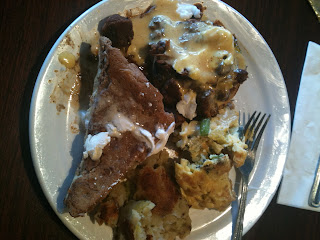 Along the way, our little T-Rex lover spotted  Dinosaur Ridge along the highway and got his dino bone excavating on. 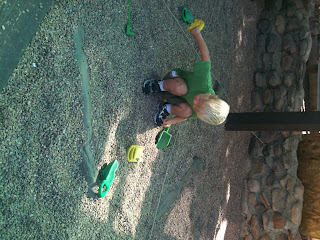 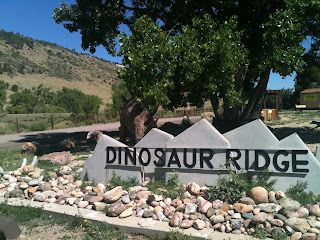 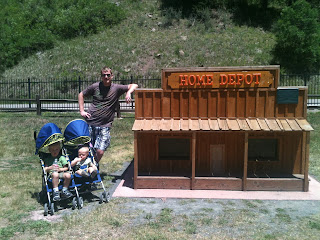 Slowly but surely our trusty Crown Vic ascended to 6,880  ft and we finally reached Tiny Town.  Tiny Town is a miniature village of over 100 1/6 scale buildings close to Morrison, Colorado. Denver businessman George Turner, better known as a friend of Buffalo Bill, began building a miniature town for his daughter in 1915. Then called Turnerville, he opened the site to the public in 1921. People thought it was bad ass - so after much trial and triumph - it still remains today. 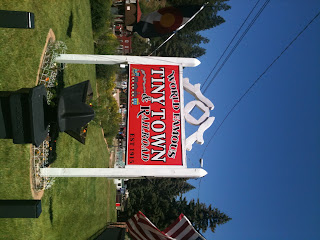 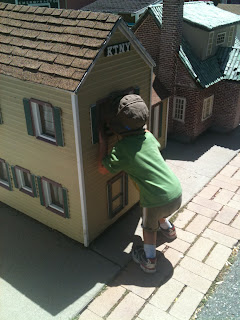 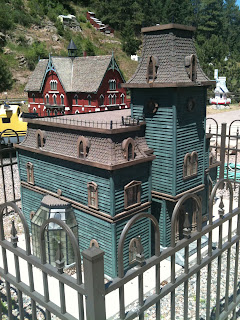 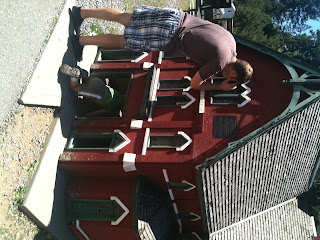 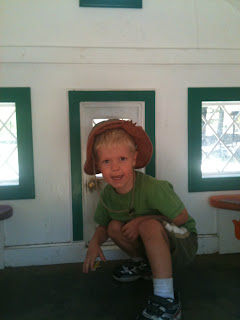 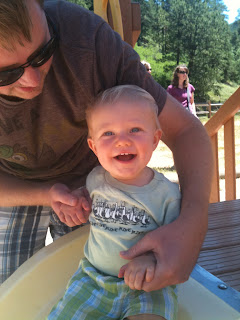 Another not-so-tiny feat - Mark and April went out on a date while Martha and Ray watched the kids at the hotel.  Wild, crazy times ensued - and they were back to finish up their True Blood DVDs by 10pm.


Our first deer sighting of the trip... 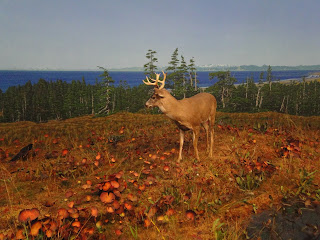 ...came from a display at the Denver Museum of Science and Nature - haha - not from a peaceful mountainside campground as we'd hoped.  The prognosis came in on Friday morning for the Royan Vehicle - we are going to be in the Denver area (sans RV) for another week (at least).


Mechanic: "Did you see this giant hole here? That's what's wrong."
April: "Huh, that looks bad. You showed my husband, right."
Mechanic: Oh, yeah - he's seen it. It's bad. But that's life on the road."
April: "When will it be fixed?"
Mechanic: "I have no idea. But let me tell you something. If you have to be stuck somewhere - Colorado is the place to be. Except, um, do you have a job?"
April: "Yeah, I have a job. Probably need to get back soon..."
Silence.
April: "Yeah, I see a lot of broken down RVs around here.  How often do RVs usually break down?"
Mechanic: "If you only break down twice a year I'd say that's pretty good."
April: "So it's going to be a while? I guess my co-workers need to survive without me."
Mechanic: "Damn right. Now you've got it."

This conversation left little hope of any quick RV resolution so we headed back in to Denver and ran the kids at the Museum's Discovery Center for hours and hours. For those toddler parents out there, this place was just like the Sid the Science Kid Super Fab Lab/Science Center - a great place to kill some time while Mark and April pondered where to go next... and whether they'd ever cruise in the Royan Vehicle again?
By Mark Royan at June 22, 2012