If You Think You're Unattractive, Go Camping...

If You Think You're Unattractive, Go Camping...

Morning in Great Smokey Mountains National Park began somewhere in the five-o-clock hour - whenever it is that the sun comes streaming through open windows and two-year-olds decide to get up and look for more of the cool "Lightning McQueen Bugs" they saw blinking around the campsite last night.

"I think they're all still sleeping Mama."

"They're sleeping for a hundred years Mama."

Mama: "Just keep looking buddy... wake me up when you find one."

With no power we weren't exactly sure what time this all occurred - but we can tell you that approximately an hour later the elderly campers in the park started to emerge from their campers and tents. Soon after that wails of neighboring babies began... they must not have been so excited to find more lightning bugs. Slowly but surely families emerged - wearing all sorts of tattered university sweatshirts and flannel pants. The morning walks began - and it was clear that the lack of power and water had taken a toll on everyone. If you think you're unattractive, go camping... you'll feel much better about yourself. 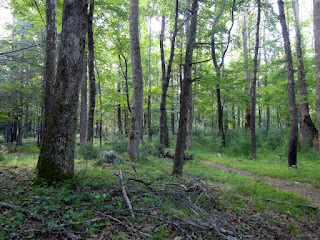 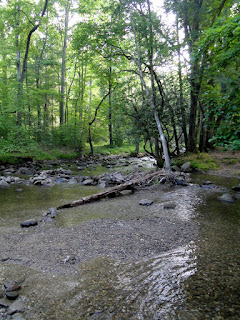 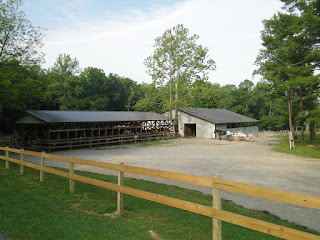 We hopped on the bikes for a ride around the park - stopping to spot the horses getting ready for their daily adventures. A splash in the stream was also lots of fun. 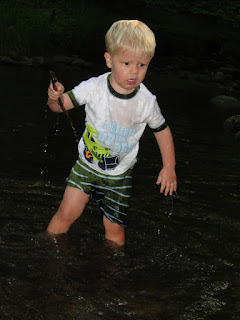 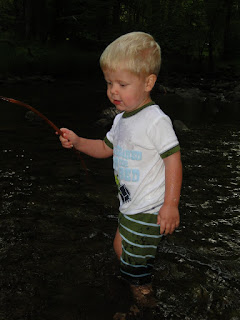 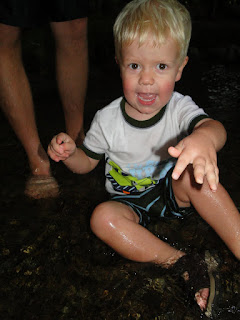 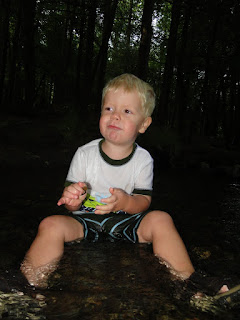 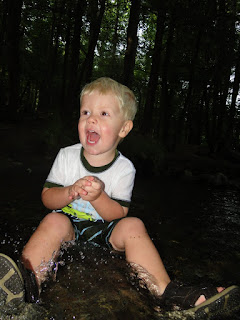 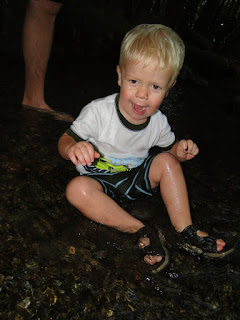 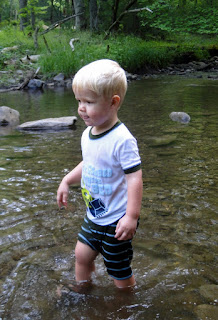 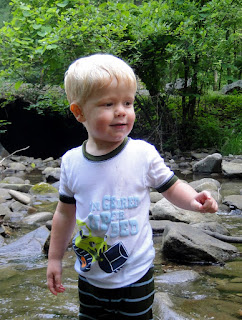 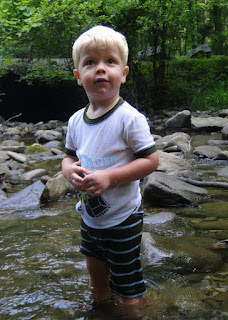 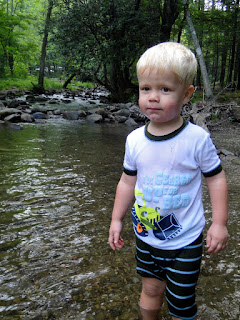 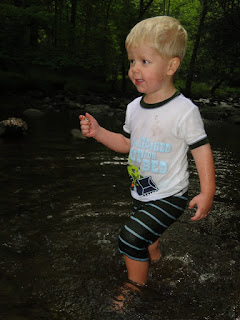 Mark was so proud when Andrew busted out a Kung Fu move... 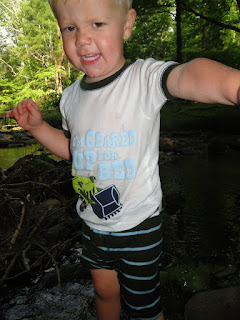 After the stream, April headed back to start cleaning up the RV while Mark headed toward the "Cades Cove Loop" for a "quick ride." Hours passed. Mark arrived back at the RV soaked with sweat, gasping for air and water, and blurting out shorts spurts about how the "damn trail was 11 miles long," "so... many... hills..," and a "devil in a red Ford Explorer that just wouldn't stop braking on the much-needed down-hill coasts."

Ready for some electricity, we loaded up the RV and headed to one of our favorite Tennessee towns, Townsend for some lunch, supplies, and air conditioning (which was 9 miles away and the drive took more than half an hour). Lunch at the always delicious Miss Lily's Cafe was first on our list. Mark shouted out his order before the waitress could even get through the specials (very hungry from unanticipated 11 mile bike ride): "Tennessee Taters, please!" 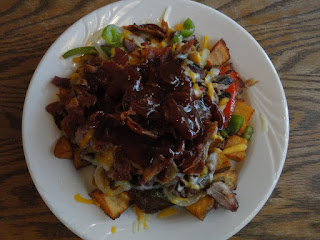 Camp was made at the Tremont Outdoor Resort along one of the many babbling mountain streams. We wasted no time getting in our tubes and floating down stream (in a very uncoordinated fashion) for hours on end. At one point we lost a tube to the rapids and Mark had to fetch it on foot - vowing to the world to "never again enter a river with flip flops." As soon as we got to the jumping off point he grabbed a Coors Light (cold activated can, of course), and flopped right back toward the starting point for another trip down-stream (minus a shoe change). Apparently he had only vowed not to enter a river other than this one with flip flops... No pics - one can barely stay on the tube - much less master a camera.

Exhausted, we biked over to the tiny Riverstone Family Restaurant next door advertising "sweet tea" and "down home cooking." Andrew's eyes rolled back in his head with exhaustion the minute he hit the high chair and April ate most of her Chicken Fried Steak with one hand as she held the drooling, snoring little guy. It was like "date night" - minus the ability to really move or eat properly. Tomorrow we say goodbye to Tennessee as we continue our journey North.