Up and at ‘em in our serene wooded setting, Mark and Andrew headed off on a morning bike ride to enjoy some South Carolina wilderness while Mom cleaned up the RV. The boys returned, having bravely conquered what Mark estimated to be 300 different species of ants at the playground.

Time to head west on Highway 25 toward the mountains of NC. I’m going to Carolina in a my mind…. But for real! First stop - road side stand! Let's get some of those peaches, and some tomatoes... and the potatoes....do we have room for a watermelon? 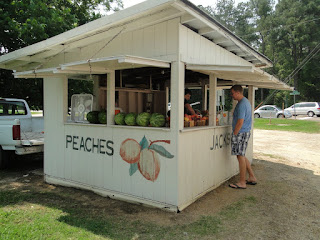 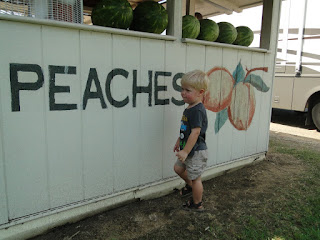 After loading up on plenty of fresh produce and food items the logical next destination is a restaurant, of course. A very quaint Edgefield, SC invited us to stop by and sit a spell. Full of adorable shops and friendly church pastors that walk right out of their churches and introduce themselves, Edgefield was downright hospitable. It was also on the map with an UrbanSpoon legend, the Old Edgefield Grill. The menu had some great variety with a southern twist. We settled on the sweet tea, shrimp and grits, and a $98 southern peppered cheese steak sandwich(menu typo). Andrew scarfed down fries as Mom and Dad stuffed their faces. With full bellies and relief as the check came out at under $23, we returned to the RV for nap time (Andrew and Mom) and some more miles beneath the tires (Dad). 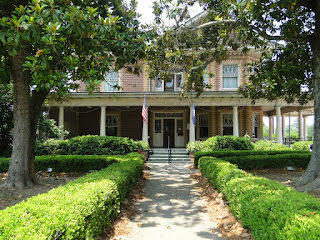 Highway 25 continued to bring attractions. As we passed a giant sign advertising the Iodine State Beagle Club (Mark just could not believe any state would choose to be the “Iodine State”) we missed a turn for our next featured stop. Rather than back the rig up on a major highway – Mark elected to turn the RV around in someone’s front yard. A move that made Andrew scream out in sheer terror “Look out for the branches!” (“Dook out for da bwanches!”) as we went skidding under a pair of perfectly good oak trees and practically on top of the owner’s gas main. Mark reckoned “this might be a good way to get shot.”

The Happy Cow Creamery – just up the road – offered refuge from any would be pursuers but did warn to “Please keep out of the trough.” We figured we could resist. 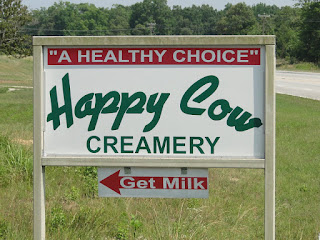 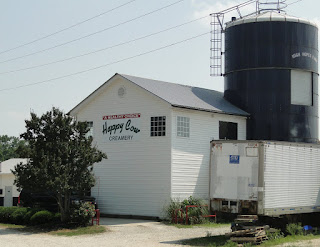 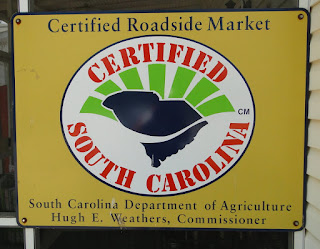 Worthy of a “best stop ever” award – this place was filled with some super friendly people who greeted us with milk and cheese samples. What a Utopia! Andrew dove right in and sampled their strawberry and chocolate varieties – giving himself one heck of a milk mustache.

We got down to the business of picking strawberries with our bare hands while we waited for the 3:45pm milking. Sweat dripping from his little blonde brow, Andrew took a break every so often to explore a tractor, some calves, or the picnic tables. 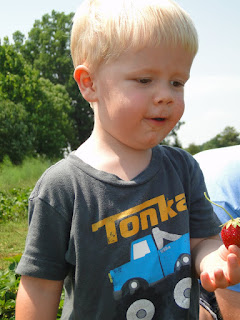 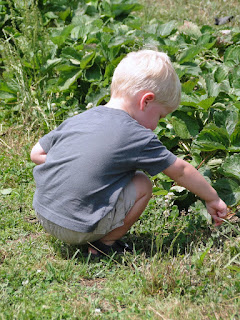 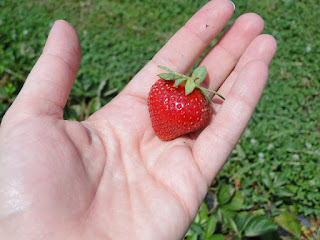 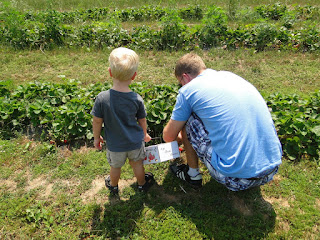 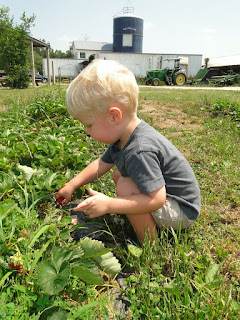 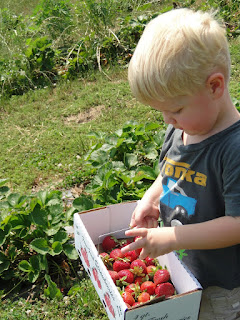 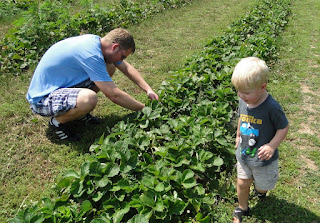 Inside we loaded up on all sorts of farmer goodies. Mmmm…. Buffalo Hot Wing Cheese. 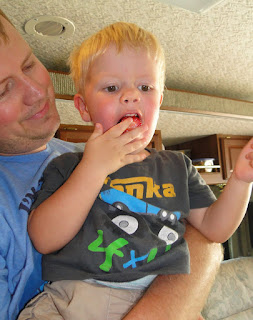 Continuing on Highway 25 we managed to experience every red light in Greenville, SC. We crept through the town (which is geographically massive by the way) 300 yards at a time with a desperate yearning for the North Carolina border. We began to catch glimpses of the mountains ahead, eventually broke free of the stop light curse, and made it to the sweet Rutledge Lake RV Park near Asheville, NC. 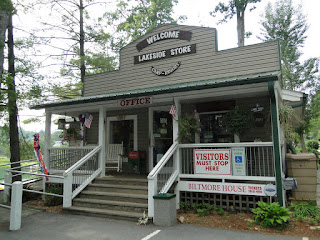 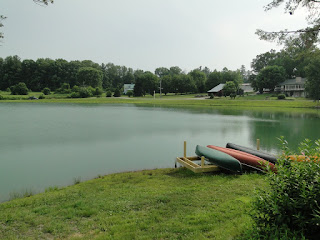 We took advantage of the amenities: three loads of laundry, a trip to the playground, swimming pool, and a yummy dinner. Later, Mark dove into the Tennessee map and started planning a mountain camping adventure.....