A 6:15am wake up by our dear baby boy got us up on and on the road by 7am. Having found an actual toad in our electrical compartment in Toad Suck park, we figured we’d seen all there was to see there.

In Pine Bluff, Arkansas we stopped for a sketchy but delicious breakfast at “the place next to the McDonalds – Annie’s – she makes everything from scratch” (as described by gas station attendant). After mouthfuls of home-smoked-ham Andrew announced “I’m ready for a nap” and April declared that he was the best child ever. After all, if you can’t praise your kid for announcing that he’d like to nap, what can you praise him for?

By noon we reached our destination, Lake Chicot State Park in Arkansas, where the water is so inviting even the trees have to go in. 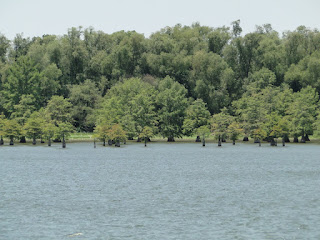 Nestled right on the banks of Lake Chicot (formerly part of the Mississsippi River), the park offered a sweet waterpark-like pool for the admission price of $3 each. Andrew dove right in. 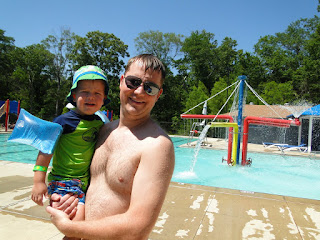 In other news, Andrew has learned how to pick his nose… 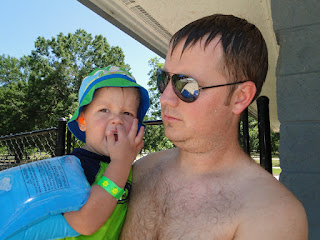 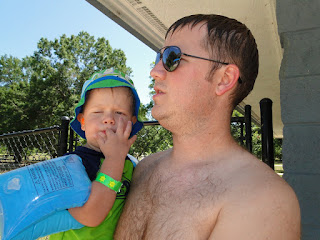 Obviously Mark is doing all he can to discourage this habit.

Back at camp, Andrew got out some of his bulldozers and went to work. 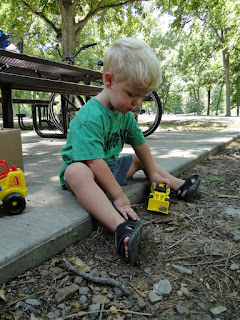 Before bed he took a walk among the big trees and got another look at the lake. 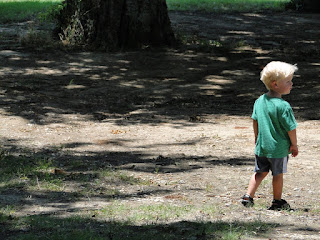 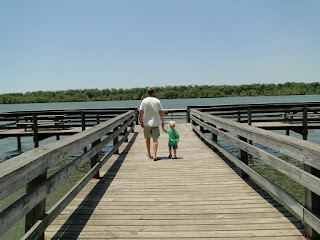 As the day wound down, Happy Father's Day calls were made. When Mark told his Grandpa (Pippy) how hot it was in Arkansas, Pippy said “hotter than a two peckered goat, huh?” You know it, Pips.

Tuckered out baby in bed, Mark declared it one of the best days on the road we’ve had yet. He patted himself on the back for finding this fabulous park and for the great day the whole family was able to enjoy. Smiling, he went out to drain the sewer hose – and sprayed himself in the eye with raw sewage.

“Eww, you smell.” April gagged as Mark returned to the RV.

Mark: “Yeah, I’m just trying to move forward. What else can you do when you’ve got shit in your eye?”