Day 3: Monday, May 30, 2011
The Purple Pickle
What would one expect to find for lunch in the marshes of Darien, Georgia? According to UrbanSpoon, one should find themselves at The Purple Pickle. 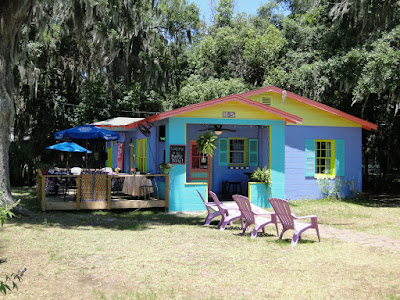 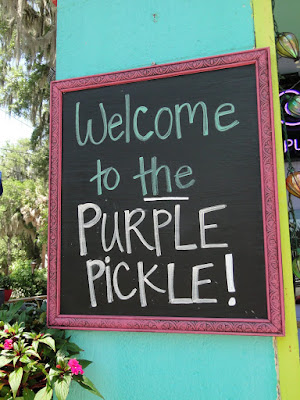 Here the pickles are... you guessed it... actually purple. 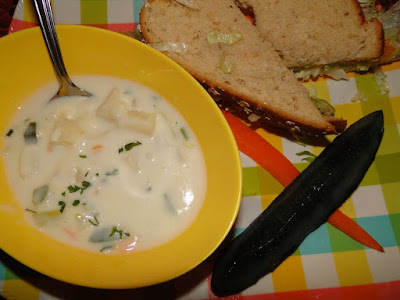 The whole place is like sitting in someone's funky, albeit kinda-dirty, dining room. Andrew loved running around the different rooms of this self-titled "eclectic eatery." Then he devoured an entire grilled cheese - but passed on the purple pickle. What can we say, he's a purist when it comes to brine based foods. 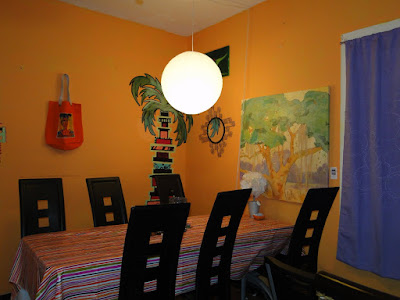 After lunch we very happily crossed the street to Waterfront Wine and Gourmet - owned by the landlord of The Purple Pickle and equally as inviting. Not only was there a whole lotta wine but there was also a nice little selection of Angus Beef, which made Mark very happy! 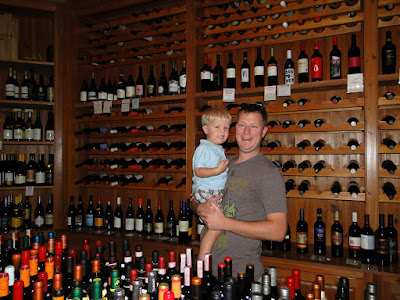 The wine shop owner was a friendly man who had "cashed in all his chips at a corporate gig after 26 years on the job" to move to Darien, GA with an old friend and start up a wine shop. "I was burned-out and fried," he explained "but first I had to Google Darien - never heard of the place." When he found out we were looking for our next camping stop, he rustled up his girlfriend out of the back room and she set us straight on Savannah right from the start. "I reckon there isn't much to do there with a little one - I'd go to Tybee Island and the Rivers End Campground instead. You'll like it there."

So off we went...
Tybee Island or "Savannah Beach" is kind of the Sanibel Island of Georgia. It apparently also proudly hosts an annual Beach Bum parade that usually happens in May of each year. The parade boasts floats with riders armed with water guns. Of course, we missed it by a few days so we had to settle for the beaches and other cool stuff.
Andrew made a mad dash for the Atlantic Ocean and got himself all sorts of sandy. 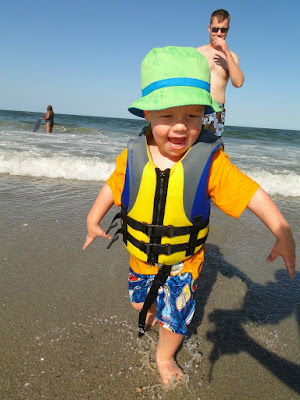 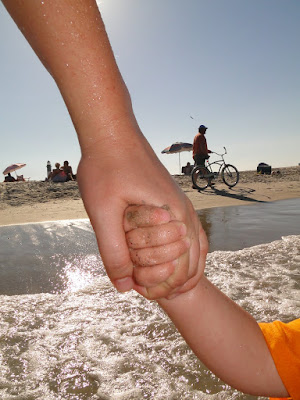 Dinner was a stone's throw away from the beach at the "this place can't possibly be any good because it looks like a tourist trap" North Beach Bar and Grill. The food, like the random hippie outside promised, was phenomenal. Andrew even got his hands on a Strawberry Daquiri - virgin, of course (we think - but he did fall right asleep after?). Mark got his hands on a Red Stripe. 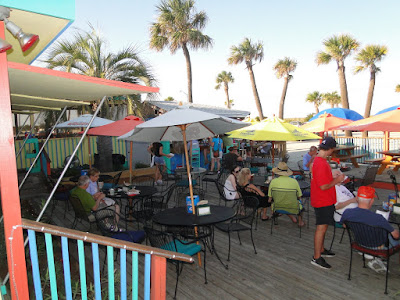 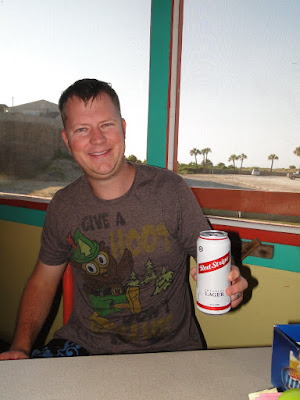