Adventure is out there!

Back on the road, we began making our way north on Highway 17. Though all the local hype seemed to focus around the annual Bartow Coastal State Rabbit Breeders Convention, we figured we've done enough breeding for now and elected to simply pull in to the local Shell station for a fuel stop. The whole gang, and by that we mean the biker variety, was also in attendance. As Mark filled up the RV, Andrew (and Mom) socialized with locals and admired the machinery. It wasn’t long before his dreams came true and he was invited for his first motorcycle ride. He looked like a natural behind the wheel of his “iron stallion." 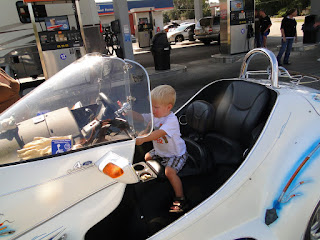 Upon review of the photos we have to wonder if April’s unintentionally busty maternity shirt may have contributed to the bikers’ eagerness for conversation? 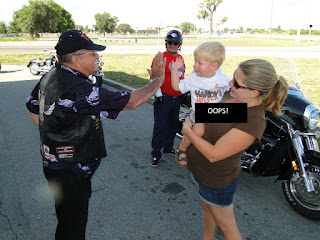 Highway 17 led us well and we found ourselves dining at the first Cracker Barrel stop of the trip. Always delicious, we enjoyed a late breakfast and afterwards Andrew tested the durability of the general store’s toy supply. Some passed the test, others did not..... 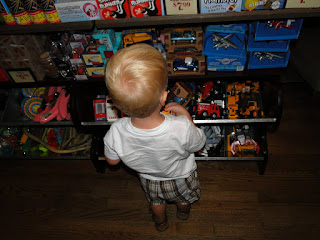 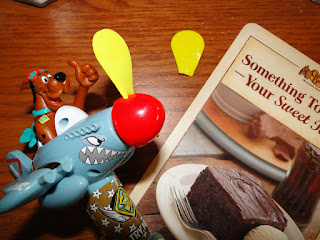 Outside, the excitement continued as some friendly Polk County firefighters invited our little guy to join their crew. 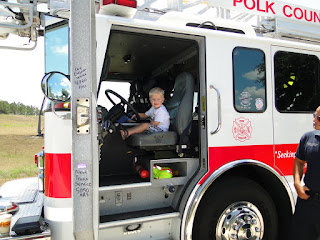 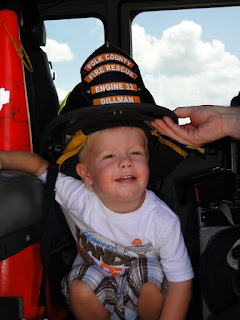 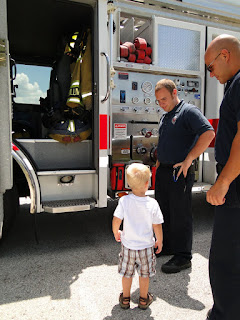 Always helpful, the firefighters gave us some great guidance for our journey North. We took their advice and pointed the Royan Vehicle toward the Salt Spring Recreational Area in Ocala National Forest. As the name would imply, the cool and refreshing Salt Spring is the main attraction. With waters at a constant 72 degrees year round, it is a popular draw on a hot summer day. 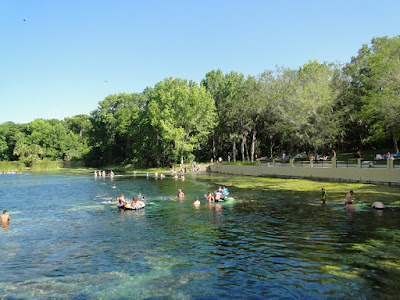 At first, Andrew wasn't sure if he was up for such a chilly adventure? 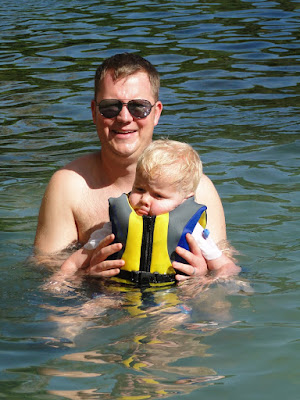 But then he quickly adjusted to the idea ….. and didn’t want to get out despite chattering teeth and blue lips. How do you explain hypothermia to a two-year-old? 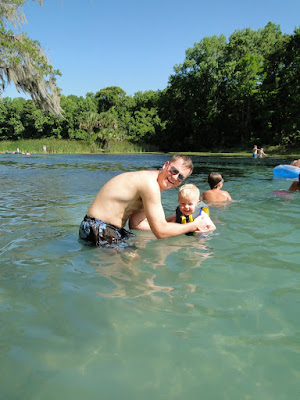 Finally, shivering got the better of him and the prospect of “hot chocolate” and a bike ride back to the RV were enough to get him out of the “really big pool”. 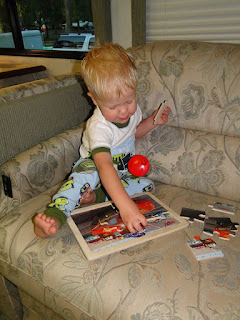 Exhausted and ready to sleep, we climbed into bed with dreams of the Georgia State Line.