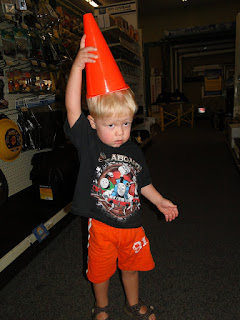 Andrew awoke bright and early at six in the morning, jumping up and down in his crib and yelling, “RV, RV, let’s go in it!” Mom and Dad were in a somewhat different frame of mind having attended the raucous Bickel/Biggs wedding at the fabulous LaPlaya Resort in Naples the night before. We (Mark) managed to pull our(him)selves together and make the final preparations to the Royan Vehicle for its journey. As high noon approached, Mark’s hangover caught up with him just in time to get behind the wheel and start our thirty day adventure. April, pregnant and otherwise feeling just fine, settled in immediately for a nap on the couch.

First stop, the far away mystery that is Fort Myers. We needed an air filter for the generator from Camping World. Our RV supply store adventure was going nicely until Andrew rounded a corner and unexpectedly encountered an aisle full of irritable Chihuahuas. This scared the daylights out of him and created what will likely become an irrational lifelong fear of dogs in shopping carts. 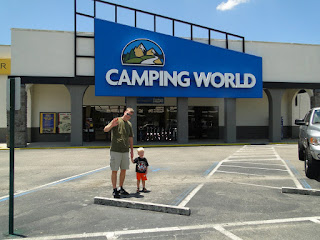 Approximately three hours North, several arguments, and a hysterical breakdown into things (not Andrew) - we made an executive decision to stop for the night in Clermont, Florida.
The Thousand Trails Campground was just finishing up with their annual Memorial Day celebration as we arrived – but hundreds of American flags duct-taped to fence posts remained. 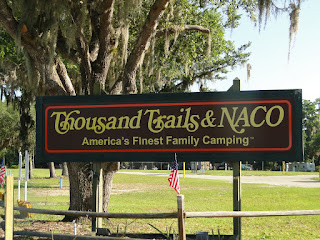 Andrew, now almost 2 ½ and talking up a storm, made no secret of it that he’d like to go “back to the house right now” as the stress of the first day on the road began to wear the family down.
The family adjourned for a relaxing soak in the pool where we struck up conversation with an friendly seventy-something bachelorette on a solo adventure in her 35 foot Class A RV with three dogs and giant Buick in tow. You could almost see the cartoon bubble form over Mark’s head with words reading “And my wife won’t even help me drive our RV”

Dinner, bath, and a few books later, “Bedtime!” was announced and the whole family fell into a deep RV slumber. Tomorrow we will head North - desperately searching for something other than 100 degree temperatures. 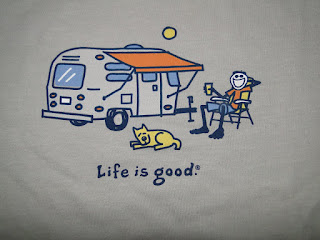