Having not really gotten our fill of the Smokies in Dollywood (go figure) we headed back into the Park today to drive a short (yet still windy) drive to a sleepy town called Townsend, TN. Known for river tubing and an abundance of bike paths – it is also home to some of the most delicious food we've found yet!

Lunch at Miss Lily's Cafe led to the discovery of something called Blue Cheese Tomato and Basil Soup. We're not really sure that soup is photogenic – but it was damn good and really we just had to take this pic to remind us to make it at home. 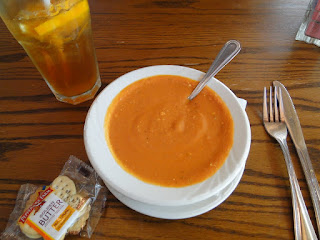 After lunch we went off to explore. First stop – fabulous campground along mountain stream. Next stop – tube rental. Finally, attempting to float down shallow stream without getting our tubes, butts, feet, and legs stuck between slippery river rocks. We weren't exactly graceful but we managed to navigate the shallow rapids with a very tired baby in tow. Since tube navigation didn't leave much time for pictures, here are some shots from the bank of people we don't know who were river rats as well. 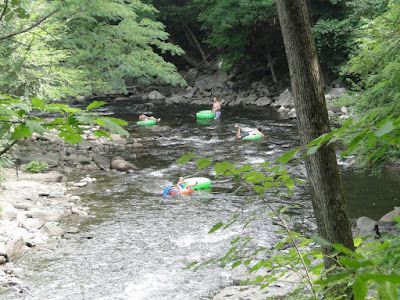 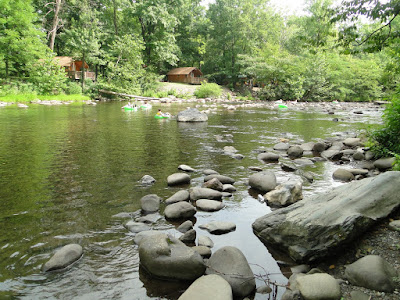 Tonight was also the brief debut of the Royan bicycles – just glad they made it this far and haven't fallen off the back of the rig with all of the bottoming-out of the RV that Mark's been doing (Ok – April just wrote that without Mark's approval - now it's a rush to publish before he sees).

After such a big day, it was clear that we had officially exhausted Andrew when he got back to the RV, pulled on Mom's leg, and clearly said “Mickey Mouse TV, Mickey Mouse Blanket, Milk.” 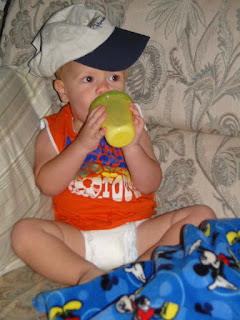 And so he sat, mesmerized by Mickey Mouse... and I imagine this makes Nanny Jenni very proud!